The Batman Gets Peter Sarsgaard, Is He Two-Face? 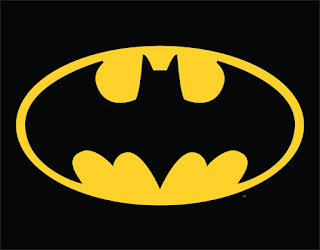 The cast of The Batman continues to grow as the movie finally preps for filming early next year. The latest to join the ensemble is Peter Sarsgaard (Garden State, The Killing). Sarsgaard will star alongside Robert Pattinson (Twilight, The Lighthouse), who was cast earlier this year as our new Bruce Wayne/Batman. Details regarding Sarsgaard's role weren't disclosed just yet, but he may be playing another familiar figure from Gotham City.
According to several reports, Peter Sarsgaard is set to star in The Batman. The news was also seemingly confirmed by writer/director Matt Reeves on Twitter, who shared a gif of the actor with the caption "Oh... Hi, Peter..." followed by a bat emoji. Reeves, who previously directed movies like Cloverfield and War for the Planet of the Apes, has similarly confirmed other recent castings. But who is Sarsgaard playing? While that hasn't been revealed officially, it's expected that the could be playing none other than Harvey Dent, the Gotham City District Attorney who goes on to become Two-Face.
We've heard rumors swirling that Harvey Dent will be included in the movie. Though, the indication is that we'll just be seeing Dent as Dent for the time being. Matt Reeves has plans for a trilogy, assuming this first one goes well. Two-Face could possibly come into play down the line. If Peter Sarsgaard isn't playing Dent, it's said he may be playing a corrupt cop by the name of Wasserman. However, Sarsgaard's wife Maggie Gyllenhaal, who starred in Christopher Nolan's The Dark Knight, somewhat ironically as Rachel Dawes, the girlfriend of Aaron Eckhart's Harvey Dent/Two-Face, shared an intriguing post on Instagram. The photo sees Sarsgaard with just half of his head shaved, which was shared with the following caption.
"Half way through a shave..."
Peter Sarsgaard previously played villain Hector Hammond in the failed Green Lantern movie, so this isn't his first rodeo playing in the DC Universe. In light of this casting ne ws, that could be interpreted as a tease of things to come. Other confirmed cast members include Zoe Kravitz (Mad Max: Fury Road) as Catwoman, Paul Dano (There Will Be Blood) as Riddler, Colin Farrell (Fantastic Beasts and Where to Find Them) as Penguin, John Turturro (Transformers) as Carmine Falcone, Jeffrey Wright (Casino Royale) as Commissioner Gordon and Andy Serkis (The Lord of the Rings) as Alfred. Newcomer Jayme Lawson has also been added in a mystery role.
RELATED: John Turturro Is Crime Boss Carmine Falcone in The Batman
Plot details for the movie are still largely being kept under wraps, but Matt Reeves has said that it is a noir tale that will focus on Batman's skills as a detective. We're also set to see several major villains from the character's massive rogues gallery appear. With that, it will be interesting to see who is positioned as the main villain. Filming is set to begin early next year. We'll be sure to keep you posted as further details on the project ar e made available. The Batman is set to hit theaters on June 25, 2021. This news was previously reported by The Hollywood Reporter.