January 30, 2020
As of right now, the overall structure of the DC Extended Universe is a touch wonky. Some Justice League characters are still going strong, with Gal Gadotâ€™s Wonder Woman, Jason Momoaâ€™s Aquaman, and Ezra Millerâ€™s Flash all having sequels at various points on the production schedule, but there are two reboots of different varieties on the way with Matt Reevesâ€™ The Batman and James Gunnâ€™s The Suicide Squad, and also the very real lingering potential for more standalone projects like Todd Phillipsâ€™ Joker.
How projects will wind up being developed in the franchise going forward isnâ€™t quite clear yet, but there is one thing that we can be pretty certain of: if Birds Of Prey (And The Fantabulous Emancipation Of One Harley Quinn) is successful, it will spawn either sequels or spin-offs. Thatâ€™s just the rule in Hollywood. And while weâ€™re still a few weeks away from learning which way things will go at the box office, the stars of the film already have a clear idea of characters theyâ€™d like to star alongside in future projects. 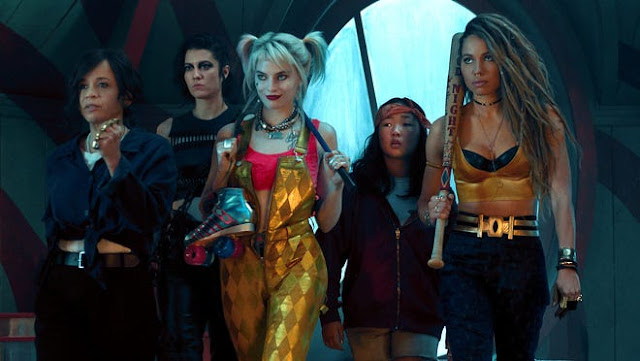 Birds Of Prey held a special event in Los Angeles at the end of last week â€" transforming Hollywood into Harleywood for a night â€" and during the after party the main stars of the film spent time with members of the press, answering questions of the new movie before embarking on the global press tour. When a pair of reporters and myself had the opportunity to speak with Margot Robbie, Jurnee Smollett-Bell, and Mary Elizabeth Winstead, the actresses were asked about DC characters theyâ€™d love to join up with on the big screen, and there was little hesitation in their answers.
Responding first, Jurnee Smollett-Bell â€" who plays the first ever feature film version of Dinah Lance a.k.a. Black Canary in Birds Of Prey â€" expressed that she would love to see a movie that brings in the O.G. Birds of Prey character from the comics who doesnâ€™t have a role in the film: Barbara Gordon a.k.a. Oracle. Said Smollett-Bell,
I mean, the obvious one is Oracle because she is such an integral part of the Birds of Prey. That would be amazing to see that.
In the comics, Barbara Gordon, who is the daughter of Gotham Police Commissioner Jim Gordon, took on the alias Oracle after being made a paraplegic following an attack by the Joker (as depicted in the notorious Alan Moore and Brian Boland series The Killing Joke). Rather than being rendered inactive by her injury, she instead starts make expert use of her computer skills, and becomes a behind-the-scenes aid to heroes like Black Canary (forming the Birds of Prey) and later Helena Bertinelli a.k.a. Huntress.

Speaking of Huntress, Mary Elizabeth Winstead specifically expressed an interest in diving deep into her characterâ€™s storied connection to the world of Batman â€" while also seemingly clarifying that the incarnation of her part in Birds of Prey is unrelated to the Helena Wayne version of Huntress from the comics, who is from an alternate universe and the daughter of Bruce Wayne a.k.a. Batman and Selina Kyle a.k.a. Catwoman.
Itâ€™s not just a potential meet-up with Robert Pattinsonâ€™s Dark Knight that Mary Elizabeth Winstead is after, however. In the spirit of the girl power featured in Birds Of Prey, she is most interested in her version of Helena Bertinelli meeting the most significant female character in Matt Reevesâ€™ upcoming blockbuster:
I'd love for us to be a part of the Batman universe. I know that our version of Helena is not the version of Helena that's related to Batman, but still being a part of that universe â€" and with the new Catwoman who I think is very exciting. I was really into the Michelle Pfeiffer version, but I'm now really, really into Zoe Kravitz. That would be so cool to get to see all of those characters.
Last to speak in the trio, Margot Robbie took the moment to ring a bell that sheâ€™s been ringing for quite a while now. The Academy Award-nominated actress has been talking about teaming Harley Quinn up with a new version of Poison Ivy for a while â€" creating a big screen version of one of Harleyâ€™s most important relationships in the comics â€" and she even addressed that in her response. Said Robbie,
I've been pushing a Poison Ivy reunion for a long time. I'm really working that angle. I have been for a long time because obviously her and Harley have such an incredible relationship, so I would love to explore that.
Along with Catwoman, Harley Quinn and Poison Ivy work together in DC comics as the Gotham City Sirens, and a film adaptation of that team was announced as being in development back in late 2016, but it was put on the back burner as Birds Of Prey became more of a priority. After the new movie, Harley is set to next appear in the aforementioned The Suicide Squad â€" a project that wonâ€™t feature Poison Ivy â€" but the future beyond that is a mystery.
It should also be noted that those needing a Harley Quinn/Poison Ivy fix can always turn to the Harley Quinn animated series on DC Universe, where the two characters have a great back and forth played by Kaley Cuoco and Lake Bell.
Given that itâ€™s kind of our jobs, we here at CinemaBlend will be spending the forthcoming weeks, months, and years searching for and reporting about news and updates about the future of the DC Extended Universe, and the possibility of these particular wishes coming true (we honestly hope that the majority of them actually do).
In the meantime, fans everywhere will be able to see the R-rated crazy calamity and chaos Birds Of Prey (And The Fantabulous Emancipation Of One Harley Quinn) â€" co-starring Ewan McGregor, Rosie Perez, Chris Messina, Ella Jay Basco, and Ali Wong â€" when it arrives in theaters in less than a week and a half, on February 7th. To see what else will soon be hitting the big screen, be sure to check out our 2020 Release Calendar.