Over the course of the last 10 years, DC Comics has made some rather significant changes to their superhero universe. While some creative decisions have only affected one character, others have had a massive impact on the entire universe all at once.
RELATED: 10 Best Comic Crossover Events of the Decade
While some of these changes have remained, there are plenty of changes that just haven't stuck around. Be it for creative reasons, fan disapproval, or whatever else, DC has backtracked on many major decisions for one reason or another. Looking at some of the bigger ones, here is our list of the 10 biggest changes DC has made in the last decade (that didn't last).
10 The Justice Society
The Justice Society of America has undergone several changes within the DC universe in the past decade. Following the launch of the New 52, the team of Golden Age superheroes was once again removed from the main DC universe and moved back to Earth 2 in their own series. After several years, Earth 2 eventually concluded and the JSA was no longer a part of DC in any way.
Since the launch of DC Rebirth, however, clues had consistently been given to signal the return of the heroes. Now, thanks to Scott Snyder's run on Justice League and the conclusion of Doomsday Clock, the classic heroes are once again back among the mainstream DC universe. With so much back and forth for the team recently, fans can only hope that they will stick around for good this time.
9 Aquaman and The Others
After completely reinventing Aquaman for the modern era, author Geoff Johns' approach to the character remains one of the strongest points in Aquaman's history. As part of the second arc in his run, Johns introduced The Others, a group of Atlantean superhumans who assisted Aquaman in his war against Black Manta. 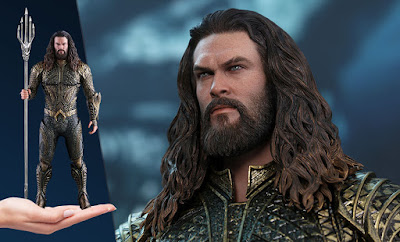