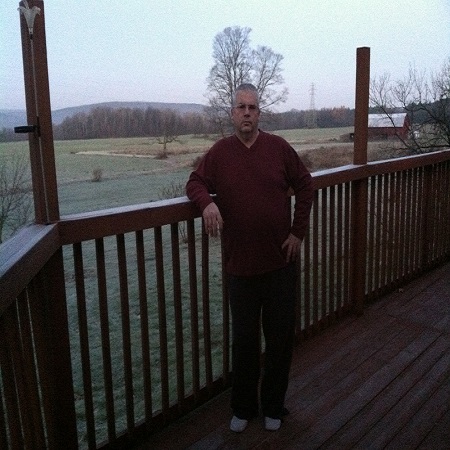 Joseph P Hradisky Jr started in music at Lansing Middle School band as a drummer. He found he was quite good with the sticks he knew it would be a great way to spend his life. Unfortunately life had other plans which made it way too difficult for him to follow this dream. It was at this time he saw his first synth and was able to test it out. This was better than drums, but way more expensive, making it out of his reach.
After graduating from Lansing he decided to follow in his father's footsteps by joining the U S Air Force. Four years later he left the military seeking something his heart kept pulling him toward. Part of this pull was also a picture of his future wife, he knew he would never be able to find her in the service. Shortly after returning to upstate New York he did find her as he knew he would. In 1989 they married and moved to Montour Falls, N Y to raise a family. Also, during this time period he kept talking about publishing a book. She got tired of hearing him that she found a way he could publish his own e-book. Then along came Create Space, a free publishing company.

At this point a strange set of circumstances occurred. First he found Create Space made it possible to publish your own music. At the same time he found the Sample tank app which was an easy to use synth. Then the music began to demand out and soon. Sample tank used a mp4 format while Create Space needed an mp3 format. After exploring the internet he found audio.online-convert.com which was a free site to convert mp4 to mp3. What he liked most about all this was how many new things he was learning.

Joseph also knew that his songs had to be made to be heard more than once. If he could listen to them over, and over, again then the song would make the cut. This brings us to the now, to figure out what he needs to do to put his music out there so people can hear it. CD Baby was the next step leading to radio airplay.