Sean ‘Diddy’ Combs: ‘Hip-hop has never been respected by the Grammys’

Sean "Diddy" Combs was the guest of honor at Clive Davis' annual pre-Grammy gala Saturday night at the Beverly Hilton, where the veteran hip-hop producer and record executive received the Recording Academy's Industry Icon award.
After a tribute performance by several acts he helped make famous — including Faith Evans, Mase, Carl Thomas and Lil' Kim — Combs gave an approximately hour-long acceptance speech that climaxed with an emotional appeal to the academy, which has been thrown into turmoil ahead of Sunday's Grammys ceremony following the shocking ouster of chief executive Deborah Dugan.
Here's what Combs said:
"Because we're all family, I have to be honest. The last few days I've been conflicted. I'm being honored by the industry I love, the family that I love.
"But it's an elephant in the room, and it's not just about the Grammys. This is discrimination and injustice everywhere at an all-time high. But there's something I need to say to the Grammys … 'cause you really need to know this.
"Every year, y'all be killing us, man. Man, I'm talking about the pain. I'm speaking for all the artists here, the executives. The amount of time it takes to make these records, to pour your heart out into it, and you just want an even playing field. In the great words of Erykah Badu, we're artists and we're sensitive about our sh—. We are passionate. For most of us, this is all we got. This is our only hope. 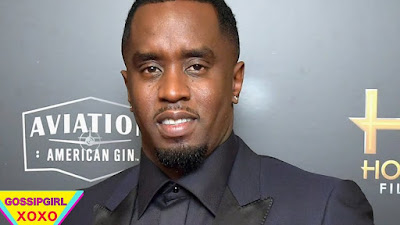 "Truth be told, hip-hop has never been respected by the Grammys. Black music has never been respected by the Grammys to the point that it should be. So right now, this current situation, it's not a revelation. This thing been going on.
"And it's not just going on in music. It's going on in film, it's going on in sports, it's going on around the world. And for years we've allowed institutions that have never had our best interests at heart to judge us. And that stops right now.
"I'm officially starting the clock. Y'all got 365 days to get this sh— together.
"We need the artists to take back control. We need transparency. We need diversity. This is the room that has the power to make the change that needs to be made.
"They have to make the changes for us. They're a nonprofit organization that is supposed to protect the welfare of the musical community. That's what it says on the mission statement. That's the truth. They work for us.
"We have the power. We decide what's hot. If we don't go, nobody goes. If we don't support, nobody supports. We control what's cool. We control what's hot. We control what your kids listen to, what they dance to.
"We control what's in video games . We control how they wear their pants saggy. We control everything.
"Now, we ain't gonna solve this tonight. But it's gonna take all of us to get this done. It's gonna take the artists and the executives to recog nize their power.
"And I'm standing here today not to just bash y'all, because as I say, y'all a nonprofit organization. We just need to get it right. I'm here for the artists.
"So sign me up. I'm here to help make a difference and help us have a positive outcome. I believe all my brothers and sisters out there would be willing to work on getting this right.
"Because we just want it right. We just want to be able to go to the Grammys… You got to understand, we seen Quincy Jones and Michael Jackson — Michael Jackson's holding eight Grammys. He was dropping Grammys!
"But you know why he was dropping them Grammys? Why he got eight Grammys? Because they never nominated him for 'Off the Wall.' And so 'Thriller' was his revenge. It wasn't his honest work — it was his revenge. He's like, 'They wanna f— with me, I'm gonna take your souls.' And then we had 'Thriller.'
"My goal used to be about making hit records. Now it's about insuring that the culture moves forward. My culture. Our culture. The black culture.
"And for me to be worthy of receiving an Icon award, I have to use my experience to help make change.
"And on that note, I'm finishing up. Y'all got 365 days. And I wanna dedicate this award to Michael Jackson for 'Off the Wall,' Prince for '1999,' Beyoncé for 'Lemonade,' Missy Elliott for 'Da Real World,' Snoop Dogg for 'Doggystyle,' Kanye West for 'Graduation' and Nas for 'Illmatic.' I love y'all."