Spooky Tunes, For Lovers and The Dead #FlyahReview 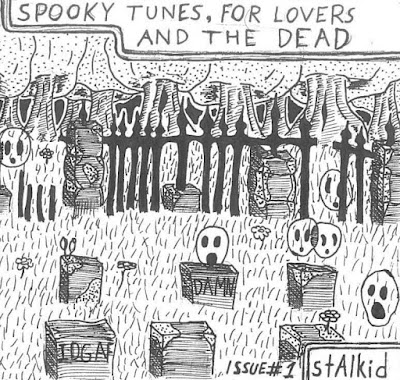 Spooky Tunes, For Lovers And The Dead Review

An expert of combining elements of acoustic, blues, trip hop, and metal, Minneapolis-based Roman Non aka stAlkid is set to power up the music circuit with his new album. Bravely hustling through various problems to make it big as a performing artist, stAlkid has the skill of channeling his negative emotions into positive messages and overcoming his negative emotions in the process.
Although stAlkid titled his album as Spooky Tunes, For Lovers And The Dead, the beautiful songs of this album cannot spook any listener. Rather, these songs convey positive messages via words that have negative overtones. 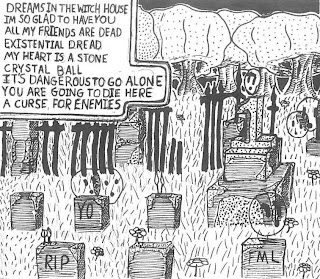 As the title suggests, Dreams In The Witch House is the first song in the album that starts the musical journey with the expectation of something creepy and supernatural that ends as a journey with confidence, happiness, and optimism. In this song, the artist surprises the listener. One moment, he appears to be seeing something that is supernatural in nature; the next moment it turns out that he is talking about his loneliness and being hurt as he stands in the darkness. His caring attitude still overpowers the bitterness in his heart as he wants to leave but there are voices that want him to stay. He does not know whose voices they are but he does not want to leave them alone. Thinking it will hurt them in some way, stA1kid cares for those unknown voices.

I'm So Glad To Have You is a song that you must dedicate to someone whose existence in your life as your reason for gladness. This song is motivation to buy this album. One of the shortest songs in the album, All My Friends Are Dead delivers a deep message about love assurance and trust. It says that when you care for someone, you should make that person feel that he/she can always count on you under any type of circumstances. They may doubt if the sun will rise again, but you are one person whose helping hand is always available for him/her and your door is always open.

The title of Existential Dread song may appear to you as if this song is about depression and negative feelings. However, this song actually conveys a positive message. Every day you might experience the same type of depressive situations that make you feel that you cannot do anything to overcome them. This song encourages listeners to try hard and overcome what causes hurt and frustration. My Heart Is A Stone explores that feeling and situation of a man when someone becomes more important than each and every thing. For that person, the man can do anything. 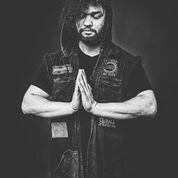 Crystal Ball is one of the most melodious songs in this album. Based on this song, the future of stAlkid as a talented artist can be predicted to be bright by the listener. Some verses in this song talk about the tendency of people wishing to know so much about the future that they do not live and enjoy the present whereas, the life is meant to be lived to the fullest. It‘s Dangerous To Go Alone is the shortest song in the album. It conveys the message that one should never be overconfident about anything. Positive thinking should not be a delusion originating from overconfidence.

You Are Going To Die Here is a unique song as the title is different from the song. It may depict the human frustration for caring about anything when one should accept that they will die regardless. However, the verses of this song convey a positive meaning that if one does not want to care about anything, they should stop caring about negative thoughts and negative people who try to pull them down. A day of consequence will arrive for those with this type of attitude.

In the last song titled A Curse, For Enemies, stAlkid says in a verse that his enemies have nothing against him. This verse has deep meaning saying that it is not always necessary for an enemy to hold a grudge against you. They can be jealous simply due to your capability and people harboring jealousy or envy towards you show that you are making progress and your efforts to achieve success are in the right direction. If your determination is true, your victory will leave all your haters behind chained to their shackles of jealousy and envy. No matter how much your enemies curse you, their curse will revert to them.

So if you want to shoo away the negative vibes around yourself and if you are looking for soothing music that helps to heal your soul injured by negative thoughts, grab this album.