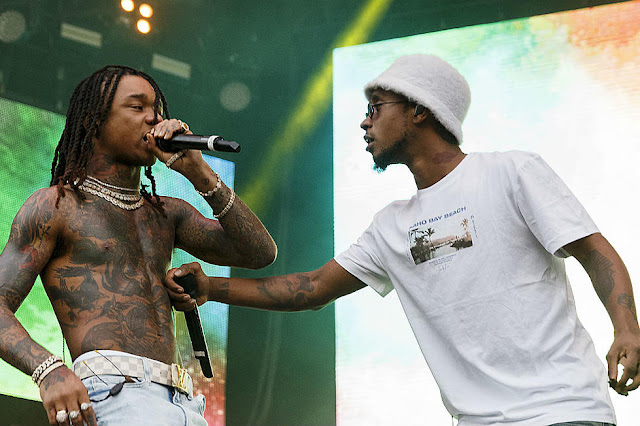 The stepfather of hip-hop duo Rae Sremmurd has been killed in Mississippi and their brother is being held in his death, a spokesman for the group confirmed Tuesday.
Police found a man dead at a home in the groupâ€™s hometown of Tupelo about 9:30 p.m. Monday. The man, identified by Lee County Coroner Carolyn Green as Floyd Sullivan, 62, died from apparent gunshot wounds.
Kerry Smalls, a spokesman for the duo, confirmed that Sullivan is their stepfather and their brother, Michael Brown, is in custody in connection with the shooting. Tupelo Police Capt. Charles McDougald said the manâ€™s adult son is a person of interest and is being held for psychiatric review.
â€œThere were no other injuries reported in the home and no other suspects are being sought at this time,â€ McDougald said.
He would not release or confirm the manâ€™s name, saying no charges have been filed.
McDougald did not say what led to the shooting, noting that the investigation is in its preliminary stages.
Sullivan raised rappers Aaquil â€œSlim Jxmmiâ€ Brown, 28, and Khalif â€œSwae Leeâ€ Brown, 26, who make up the duo Rae Sremmurd. The group is known for their hits â€œBlack Beatlesâ€and â€œThrow Sum Mo,â€ featuring Nicki Minaj and Young Thug.