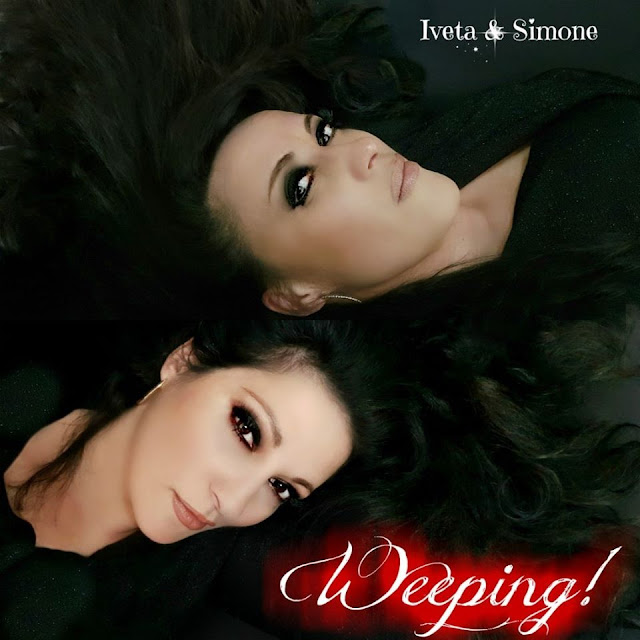 Iveta & Simone are an amazing duo that showcase a gift of musical and emotional drive; with Iveta having a serious background that started in 1982, she was playing the piano and joined a children's vocal group also participating in festivals television shows and concerts across Europe. Her partner Simone Brook also came from a musical family which makes this duo a force to be reckoned with. From performing to songwriting, these two present their selves to the fans in a flawless manner. With styles like Madonna and Shania Twain, the song has a magical touch to the listener. From first hearing the smash hit, "Weeping", i felt as if the instrumentation lifted me in a cloud of passion. The line "As the night goes on, I sleet into a sea of pain" depicts a picture of a person going through heartbreak that she can not manage to escape.

Sometimes people make promises that they can not keep and the act of betrayal is more common than it should be. The lyrics on this song tell a story of the power that love can have and the regret when it becomes hate. Weeping contains a sultry yet sensual range given by this duo. The video work is well put together and designed to bring the viewer closer to the vibration of pain. Another thing I thought was cool was the attire in this video. Leather coats motorcycles and the makeup Iveta and Simone wears really illustrates the delicacy of living life on the edge due to the lost of love. I really enjoy the way the music breaks down around the 2 minute and 33 second mark. the performance of the duo was phenomenal with the facial expressions sincerity and dynamic vocals. If i had to rate this song on a scale of 1 to 10, i'll give it a 9 for creativity terrific performance eye-catching visuals and a message that hits right at home.