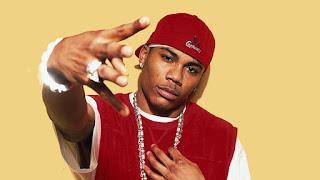 It's time to brush up on your "Country Grammar" — hip-hop artist Nelly is coming to the Kansas State Fair.
The three-time Grammy award-winner will perform at 7:30 p.m. Saturday, Sept. 19, at the Nex-Tech Wireless Grandstand. Opening for Nelly is rising star Willie Jones.
Tickets go on sale at 8 a.m. Friday, Feb. 7. The Fair's ticket office will be open from 8 a.m. to 5 p.m. that day to accommodate walk-in traffic and phone calls. Fans can snag tickets two days earlier, on Wednesday, Feb. 5, by signing up for the Fair's email list at http://bit.ly/KSFNellyPresale.
Ticket prices are $25 to $65, which includes gate admission to the Fair if purchased by Aug. 15.
"We are excited to add another concert to our already strong lineup, especially one in a genre we haven't normally offered at the Kansas State Fair," said the fair's general manager, Robin Jennison. "Nelly is obviously one of the top-selling rappers in history. However, he also has a wide appeal among many demographics, thanks to his success collaborating with country group Florida Georgia Line."
Nelly, a diamond-selling, multi-platinum artist, entrepreneur, philanthropist and actor, has sold more than 22 million albums, ranking him as one of the best-selling rap artists in America. Nelly burst onto the scene in the early 2000s with songs such as "Ride Wit Me," "Hot in Here," "Air Force Ones" and "Country Grammar," which will celebrate its 20th anniversary in June.
Both Nelly's Country Grammar album and his collaboration on Florida Georgia Line's single "Cruise" achieved diamond status. "Cruise" is one of 35 singles — and only two country songs — to reach diamond certification. Nelly is just one of about 15 rappers to achieve this honor.
Up-and-coming star Jones blends his country roots with R&B and hip-hop influences. Born in Shreveport, La., Jones began singing gospel at an early age and was a finalist on X-Factor in 2012.
His recent singles include "Whole Lotta Love," "Bachelorettes on Broadway" and "Down For it." Jones already has amassed more than a million monthly listeners on Spotify. In June, Rolling Stone named him an "Artist You Need to Know." Jones recently toured with Dwight Yoakam, Willie Nelson, Chase Rice and the Eli Young Band.
Fair officials advise fairgoers to be cautious when purchasing tickets. Etix is the only authorized seller for Fair tickets.