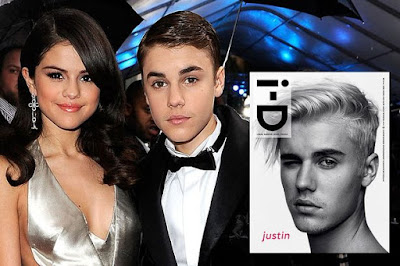 Justin Bieber has opened up about his past.
The 25-year-old singer was recently interviewed by Beat 1's Zane Lowe, where he dished on the rocky beginnings of his relationship with his now-wife, Hailey Bieber.
In the interview, Bieber revealed that when he and Hailey began seeing each other, he told her he couldn't stay faithful to her.
"I'd let her know prior to the tour when we were hanging a lot, I said, 'Listen, I'm still really hurt and still trying to figure out my way, and I'm not ready to make a commitment to you... I just don't want to say something and do the opposite.'"
JUSTIN BIEBER CALLS SEX LIFE WITH WIFE HAILEY 'PRETTY CRAZY'
"I was at the point where I'd done that in the past," continued the singer. "And I just was honest with her, I was like,'I'm not in a place to be faithful,' and all this sort of stuff, that I wanted to be, but I just wasn't there yet."
Bieber then explained what made him feel that he wasn't ready to commit to a relationship.
"I think I was just hurt from my previous relationship," he admitted.
SELENA GOMEZ CLAIMS SHE WAS A 'VICTIME' OF EMOTIONAL ABUSE WHILE DATING JUSTIN BIEBER
The "Yummy" singer has been involved in several high-profile relationships throughout his time in the spotlight, most notably an on-again-off-again romance with singer Selena Gomez, who he was speculated to have reunited with prior to dating Hailey.
"I think I still was dealing with a lot of unforgiveness and all that sort of stuff," said Bieber. "To be honest, I don't think I even knew what I was really struggling with at the time. I don't think I knew I was dealing with unforgiveness."
Things took a turn for Bieber, however, after he realized that he was causing Hailey pain.
"I was just in a place where I knew I didn't want to tell [Hailey] one thing and... I felt like she respected me at the time and I had a lot of respect for her, and so I just didn't want to say something and then she'd see me off doing some other thing," he recalled. "But either way, she loved me and seeing me with other people hurt her. And so with that being said, she went out and did things that hurt me. And so just this hurt, I've hurt her, she hurt me."
Bieber revealed that he and Hailey ceased contact when he left on a tour.
CLICK HERE TO GET THE FOX NEWS APP
The pair were able to patch things up, however.
According to their Vogue interview, they were engaged by June of 2018, marrying just months later.