Nyah connects with her fans with Disconnected EP #Flyah Review 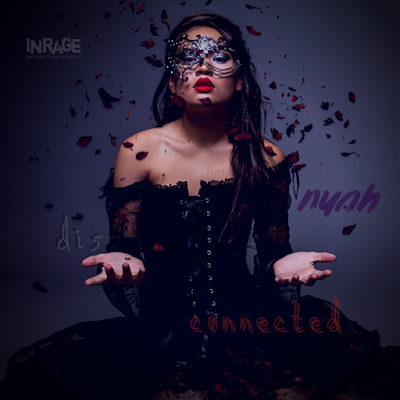 Nyah is an up and coming artist from a small town of Florence in the state of Oregon. She is a terrific vocalist who is etching her own lane to be the dynamic artist she is today. What I find to be notable was she also had acting roles such as Flounder in The Little Mermaid and Dorothy in her most recent casting of The Wiz. Nyah also was discovered by Grammy award nominated producer/writer, Bruce Vanderveer. Her latest EP is entitled "Disconnected" which features five tantalizing pop tracks.

When I first heard the track entitled "Midnight", I was instantly blown away from her vocal range and metaphoric passages given in the lyrics. The song almost has a magical sound that leads you down a path telling a story of a mysterious person that does everything in secret because of the fear of losing it all. The music behind this track invokes a rave party spirit and entices the listener with every bar.

The second song is called "A Thousand Wishes" which is an emotional driven track as a call of action for a close friend to find their happiness. Led by an acoustic guitar, the strumming of the instrument gives you more in depth behind the emotion of the song. Through hard times, you can watch a person fall and the only thing you can do is pray for them to get better. Sometimes people find their darkness as comfortable and will not allow other people to help them with their problems. This song is a reminder that you are not alone and it is ok to have a good friend that understand what you have been through.

The third track of the EP entitled "Empty Spaces" happens to be a favorite of mine. The song is about living life to the fullest no matter what people say. Their opinions do not dictate the end all be all and its up to you to thrive on new experiences. The instrumentation of the song is filled with good vibes that reminds me of Khalid's song "Young Dumb & Broke" using positivity as a platform to encourage others to seek freedom.

The fourth track "Legends in the Stars" was almost like a restart of the vibe of the first track. Legends in the Stars has a great bounce and you can tell she has been trained to deliver certain styles with such grace. The fifth and final record called "Flowers On My Grave" has a similar start up to A Thousand Wishes until the 34 second mark when it goes to a more upbeat and expressive zone. The lyrics on this song has a lot of detail and expresses the thought of having a positive outlook on death almost highlighting the belief of things never ending.

If I have to rate the EP on a scale of 1 to 10, I will give it a 8 for terrific songwriting composition of the instruments flawless transition from track to track and dynamic performance.

YOU CAN ACCESS THE STREAMING AND PURCHASE LINKS HERE:
https://song.link/Disconnected