What Do Batfans Think of The Batman Batsuit: Do They Love It or Hate It? 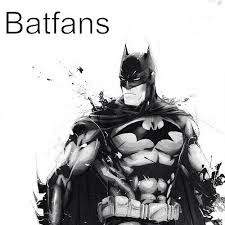 Well, this Valentine's Day we have all been given a gift, our first official look at Robert Pattinson stuffed into a Batman suit. Director of the upcoming DC Comics superhero adventure surprised fans earlier with this tantalizing glimpse of the new Caped Crusader, and The Batman test footage has taken the internet by storm. Fans have flocked to social media to let their thoughts be known and, overall the feedback has been overwhelmingly positive towards this take on the Dark Knight.
"BATMAN! The score is amazing! Powerful, eerie, foreboding with sense of justice. The costume looks sick! Almost a hybrid between Batman Arkham Knight and Batman Noel #TheBatman."
This fan clearly loves the costume, comparing it to the one sported by Bruce Wayne in the Arkham Knight video game and the suit from the 2011 graphic novel Batman: Noël. They have also declared their love for The Batman music that plays over the clip, music which has been confirmed to be from the movie's official score.
"Fighting crime with a popped collar? He don't have to stunt on them like that. #TheBatman."RELATED: Catwoman Loves The Batman: Zoe Kravitz Calls Robert Pattinson the Perfect Bruce Wayne
This Batfan highlights the high collar the suit has, a stylistic choice that has appeared before in the comics but never on the big screen. Though the clip gives us a good look at the chest, shoulders and most of the head, there is still one element that remains a mystery. Or, should we say, two elements.
"How tall are the ears, @mattreevesLA???? #TheBatman #RobertPattinson."
That's right, the ears that sit atop the cowl still have yet to be revealed. Will they be big? Small? Tall or short? These are the questions that keep us Batman enthusiasts awake at night. Some are comparing the mask to Daredevil. Thankfully, one thing we do know is what Pattinson's granite jaw now looks like in the mask, something that many fans are very happy with.
"I will never get over this. That jawline #TheB atman."
In fact, quite a few fans are very happy with the casting, despite some backlash when the actor's involvement was first announced.
"#TheBatman in black and white...Pattinson is going to nail this."
A lot of attention has also been drawn to the new Bat symbol, which looks very different from anything we have seen in live-action before, with fans theorizing that there may actually be a very interesting reason for this.
"The Bat symbol appears to be made with pieces of a gun... possibly the one Joe Chill used to kill Bruce Wayne's parents #TheBatman."
Across the internet, fans are loving this element and the idea that The Batman will give the symbol even more meaning.
"The Batman using the gun that murdered his parents as his Bat symbol, as well as a constant reminder as to *why* he dons the cape is just bloody brilliant. What a powerful image ... especially with everything going on in the world right now. #TheBatman."
Finally, one fan has drawn a comparison be tween this reveal, and the one made for his arch-enemy some time ago.
"I like how the marketing of #TheBatman has started similar to Joker with a camera test."
Rumors persist that Joaquin Phoenix's Joker will eventually share the screen with Robert Pattinson's Batman, but honestly, it seems quite unlikely to ever happen.
The Batman hits theaters on June 25, 2021. This reveal comes to us from Matt Reeves' official Twitter account. The new topper fan art comes direct from ElleJart on Instagram so be sure to check out there other work.