GHOST IN THE MACHINE SUPERNATURAL SPARKS OUR INTEREST 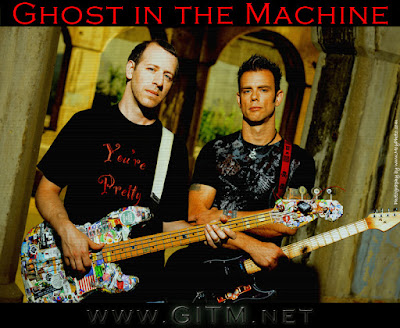 Ghost in the Machine are a rocktronica and high energy group from the United States with the alternative blend of pop and hip hop. We first ran across this band a few years back and even then their music was very notable. Experimental music has always been a favorite of mine and being a musician with this type of flavor can lead to a successful career. To be honest, I always loved their creative name and this go around, they're bringing a single that matches their pizazz.

The tantalizing song entitled "Supernatural" begins with the magical vocal effect that draws you to attention within the first 10 seconds. The track reminds me of a rendition of Owl City mixed with Linkin Park. It is a love record with lyrics that are perfectly put together to match the vibration of the beat. Being from a 80's metal band called Hangman, it's very noticeable around the 51 second mark when the energy rises and the lead singer draws you in with his range of vocals. The beat is more electronic base but the mixing definitely has its indie rock influences.

Containing a lot of adjectives, he continues on the second verse describing what he feels about the special supernatural woman. The composition of the song is well put together and if I have to rate it on the scale of 1 to 10, I will definitely give this song a 8 for its energetic passion great melody exemplary usage of adjectives and the exploitation of vocal ability.