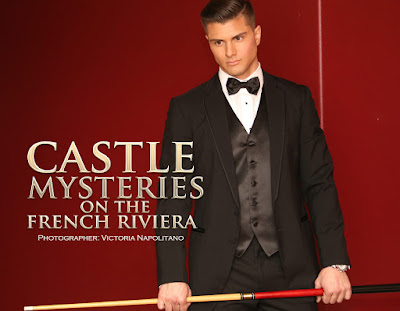 The Victoria Napolitano Group is a multimedia marketing group that does numerous things such as 3-D animation, short films, music and more. This group performs in many different languages including English, Spanish,  French and several others. The CEO and President Victoria Napolitano has been casted in commercials radio and other great venues over the course of 12 years.

When first listening to the 80's inspired song "Tell Me My Heart Wasn't Wrong", I was instantly blown away by the soothing vibe. It begins with strings,  piano playing and soft percussion that brings you into an insightful mindset. The lyrics are very passionate telling a story of meeting a love interest and being enchanted in the realm of seeking love. The Techno-Pop song speaks about depending on the presence of a loved one and feeling encouraged to keep the union close. I felt as if the vocalist opened his heart in sincerity wishing that this love interest will respect and invite him in for more. I thought the harmonics of the song was very entertaining with the vocalist's voice being calming bringing in a sense of peace and musical delight.

The soundtrack vibe reminds of me of songs that would be featured in movies such as Miami Vice, Scarface and other films with a beach setting. If I have to rate this song on a scale of 1 to 10, I would give it a 9 for its awesome performance, flawless mixing, imaginative sounds, and inspiring lyrics.