When Will The Batman, Shang-Chi and Other Movies Resume Production? 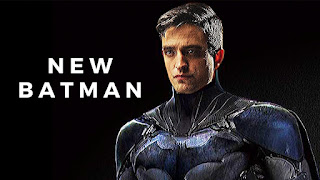 With the coronavirus pandemic still raging, when will The Batman, Marvel's Shangi-Chi and the Legend of the Ten Rings, The Matrix 4, Jurassic World: Dominion, Mission: Impossible 7, and other major releases slated for 2021 resume production? And when will projects such as Uncharted and Doctor Strange and the Multiverse of Madness be able to even start filming given the industry-wide shutdown?No movies will be able to resume or begin production until local governments lift bans on gatherings of more than 10 people. According to a source for Variety, it's expected that the first productions to resume will be those filming in the U.S. given that "the prospect of filming overseas presents too many logistical challenges given the global nature of COVID-19."
Variety reports that studios have informed talent and their representatives that they don't expect delayed productions to resume "until mid-May at the earliest. ... But even May could be overly optimistic — the pandemic is not expe cted to reach its apex in major production hubs like New York City until the end of April."
Every Delayed Movie Due to Coronavirus (So Far)
For Warner Bros., The Batman had already been filming for almost seven weeks in England when production was halted for what was initially only expected to be two weeks, while The Matrix 4 had completed filming in San Francisco and was bound for Berlin when the hiatus took effect. Paramount's Mission: Impossible 7 was about to shoot in Italy when the COVID-19 outbreak ravaged that country.
Variety points out that production delays are causing scheduling issues for talent attached to star in other productions slated to begin filming later this year. Production start dates on those later films may have to be pushed and roles, both major and supporting, may need to be recast.
Uncharted, starring Tom Holland and Mark Wahlberg, was poised to begin filming in Berlin when production was put on hiatus. Holland was expected to segue from Uncharted to begin filming the third Spider-Man movie in July.
Meanwhile, Marvel's Doctor Strange and the Multiverse of Madness reportedly hasn't shifted its start date and remains slated to begin filming in June.