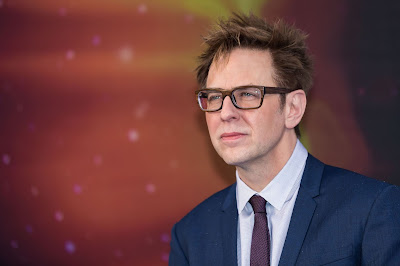 CinemaBlend participates in affiliate programs with various companies. We may earn a commission when you click on or make purchases via links.
The past few weeks have been unprecedented as global concerns over the COVID-19 pandemic greatly alter daily life. Medical professionals are urging people to stay home and self-isolate, in hopes of flattening the curve and reducing the spread of the virus. As such, the population has been finding ways to keep entertained from the safety of their home. James Gunn's social media has been entertaining as usual, and he was recently asked which Marvel character he'd like to be quarantined with. And his answer might surprise you.
After three full phases of the MCU, there have been countless characters introduced on the big screen. James Gunn has personally worked with his own ensemble of heroes through the Guardians of the Galaxy franchise. But when he was asked which character from the MCU he'd like to be quarantined with, it wasn't one of the Guardians. Check it out below.
Well, that was easy. It looks like James Gunn knew exactly which Marvel character he'd like to spend his isolation with. And it's not even a physical character, but Paul Bettany's former operating system JARVIS. Talk about a bold choice.
James Gunn recently did a Q&A on Twitter, where he fielded all sorts of questions from movie fans. Obviously Gunn's name is synonymous with the Guardians of the Galaxy franchise, so the conversation eventually turned to all things Marvel. Given the massive cast of heroes that have graced the screen over the past decade of filmmaking, there were a ton of characters for the filmmaker to chose from. But in the end, he went with JARVIS.
JARVIS Tony Stark's operating system throughout the firs two phases of the MCU. Voiced by Paul Bettany, JARVIS frequently helped to get Iron Man out of trouble, and guided his missions. He was also a real person back in the day, as character in Agent Carter.
Avengers: Age of Ultron greatly changed the trajectory of JARVIS, as he was transformed into a physical being as Vision. After the operating system was seemingly destroyed by James Spader's titular villain, he was transported into a physical vessel through technology and the Mind Stone. James Gunn ultimately didn't chose Vision, but the OG from of the character, JARVIS.
Marvel fans can re-watch JARVIS' appearances in the MCU with Disney+. You can use this link for a free 7-day trial to the streaming service.
Given how many people are craving connection during self-quarantine, James Gunn's choice for his Marvel character to hunker down with might be surprising. There are plenty of colorful characters occupying the shared universe, including some great conversationalists. But in the end James Gunn seems to be taking isolation seriously, and JARVIS is the only character from the MCU that you can truly social distance from. Because he's not a physical being at all.
It should be interesting to see what comes next for Paul Bettany's Vision. While his character was killed by Thanos in Avengers: Infinity War, he'll get an expanded story in Disney+'s upcoming series WandaVision. As for James Gunn, he'll be heading back to the MCU in Guardians of the Galaxy Vol. 3, following his brief firing.
CinemaBlend will keep you updated on both WandaVision and Guardians of the Galaxy Vol. 3 has more details become public. In the meantime, check out our 2020 release list to plan your next trip to the movies.