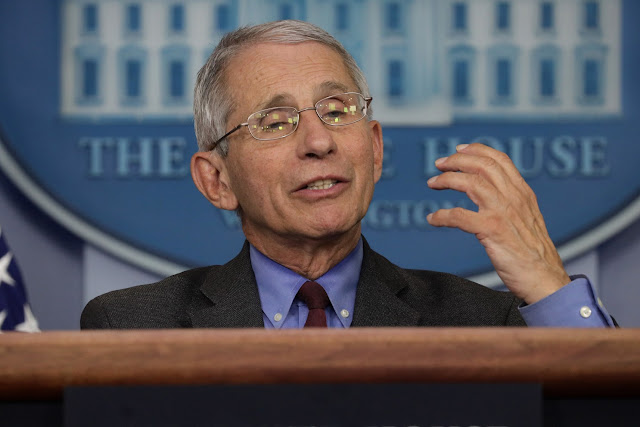 While the Trump Administration continues its whole-of-government response to COVID-19, including safely opening up America again and expediting vaccine development, it is counter-productive to have the very individuals involved in those efforts appearing at Congressional hearings," White House spokesperson Judd Deere said in a statement.  "We are committed to working with Congress to offer testimony at the appropriate time."
However, a senior administration official told the Washington Post Fauci is scheduled to appear at a Senate hearing the following week about testing.
"It's not muzzling, it's not blocking, it's simply trying to ensure we're able to balance the need for oversight, the legitimate need for oversight, with their responsibilities to handle COVID-19 work at their respective agencies and departments," said the official.
Although the House will not be in session next week, lawmakers scheduled an in-person hearing for Wednesday before the House Appropriations subcommittee on labor, health and human services, education and related agencies, chaired by Rep. Rosa L. DeLauro, D-Conn. Lawmakers can choose to attend despite the House being out of session.
Fauci, the head of the National Institute of Allergy and Infectious Diseases, has been a trusted figure in administration's efforts to monitor, contain and mitigate the spread of the virus.
Trump and Fauci have at times publicly disagreed on how long it will take to form a coronavirus vaccine and the efficacy of chloroquine, an anti-malaria drug.
In late April, Trump said he didn't agree with Fauci's assessment of U.S. testing readiness to begin reopening.
"We need to significantly ramp up not only the number of tests, but the capacity to perform them, so that you don't have a situation where you have a test, but it can't be done because there isn't a swab, or because there isn't extraction media or not the right vial," Fauci told Time. "I am not overly confident right now at all that we have what it takes to do that. We are doing better, and I think we are going to get there, but we are not there yet."

"As you know, we have done more testing than every other nation combined, and that's a big statement. When they talk about different tests and different things, we are also a bigger nation than most," Trump said during a White House daily press briefing. "And so, when they look at statistics, statistically, we are doing phenomenally, in terms of mortality, in terms of all of the different elements that you can judge. If he said that, I don't agree with him."
Still, Fauci told Science Magazine that Trump listens to his authority on substantive matters.
"Even though we disagree on some things, he listens. He goes his own way. He has his own style. But on substantive issues, he does listen to what I say," said Fauci.