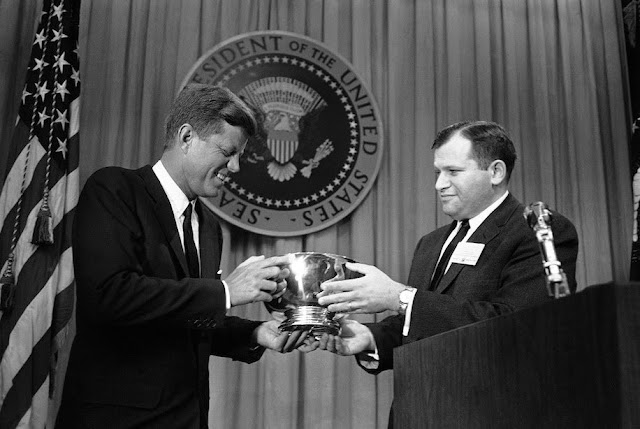 Iconic CBS correspondent William Small of WHAS-TV has died at the age of 93.

He in the photo was receiving a prize from then president John F. Kennedy.

Under the leadership of Small, he launch CBS Washington Bureau into a powerhouse in news journalism. The bureau was home to other correspondents such as Walter Conkrite Dan Rather Katie Couric (formerly of NBC) and currently of Norah McDonnell