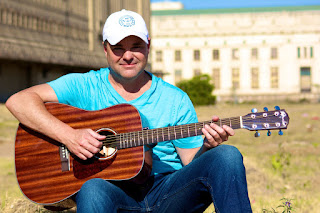 WE HAD A CHANCE TO CATCH UP WITH TODD BARROW THE PROLIFIC COUNTRY MUSIC ARTIST.  Since the last time we featured him in Flyah Magazine, Todd has been active working on new songs!   Check out the interview with Todd Barrow below and come back and visit next week when feature a review about his new song “Girl like you“
QUESTIONS
How long have you been doing country music?

Do you feel that country music has room for growth?  In what ways can the industry benefit?
Country music has room for growth along the lines of recognizing the difference between traditional country and pop country.
I'm trying to bridge the gap between Nashville and Texas. Favor the twang sound in country music.
Who are some of the artists that give you inspiration?
I have a long list but here are some of those that come to mind. Bands  like the Eagles, Lynard Skynard, Rolling Stones and Alabama.
Artists like Alan Jackson, Charlie Daniels, Merle Haggard, George Jones, Joe Nichols, Pat Green and George Strait.
How did it feel to win a PRSA Award for Excellence and was this your first award?
Winning the PRSA Award was breathtaking! I was honored to receive such an award for such a great charity! My first award among many now.
I have heard of Akademia, How was your experience with them?
I had a tremendous experience working with Academia. I was skeptical at first but then realized the caliber of music stars they have helped in the music industry.
What inspired you to write the single "Girl Like You"?
While sitting at home one day I decided to put my feelings into action about COVID-19. Wrote this song about finding love during the pandemic and still living life in spite of the challenges.  A little humor about the series on Netflix, "Tiger King"!
What is the most impactful moment in your career?
A impactful moment was appearing for a festival with top acts in country music, celebrities and  movie stars. Dukes of Hazzard was a show I grew up watching. This was at John Schneider's Studio for an event called, "Bo's Extravaganza"!
If you could be anything else, What would it be? And Why?
Maybe run for a job In politics. Mayor, Governor or even run for congress. A way to help humanity.
Any last remarks you like to share?
Special thanks to FLyah Flock Magazine for this excellent interview. I hope you enjoy my music and follow me on social media. Country music is my passion and how I share my life experiences!!!
Listen to Todd Barrows music at www.toddbarrowmusic.com