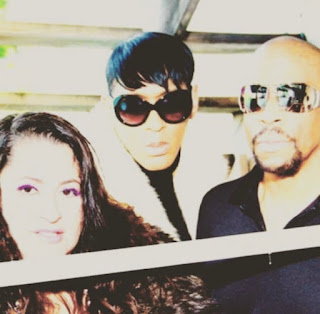 WE WERE ABLE TO HAVE THE PLEASURE OF TALKING WITH THE CLASSIC HOUSE MUSIC BAND MUZIKBOX AND HERE IS WHAT THEY HAD TO SAY:

Muzikbox is a very unique name, who is the founder of this group?

Caleb Huntsberry formed the group and the name came from me thinking that our Muzik will always have to be  powerful, and make you want to dance, and the Box meaning that I needed to deliver a powerful lead vocalist  LISA PERKINS along with strong backup  vocals from myself and Aaron Arnez  so I came up with the name Muzik Box. I met Lisa during High School and Aarron who is a Dj at one of the Hottest Dance Clubs here in Houston years later .

What city are you guys from and give us some background about how you guys started making music?

As a team, what is the main goal and direction for Muzikbox?

Caleb: To have people singing and dancing to our songs and have a timeless effect on people for years to come.

Lisa: Recognition & the ability  to do what I love for a living

What genre of music you guys play?

In and outside of music, how has the journey been?

AARON: Up until this year life has been wonderful

Do you guys hang out when your not in the lab? If so what type of things inspire you on a daily basis?

Caleb: When we are  not in the lab we don’t hang out as much  NOT  because we DON”T like each other LOL, we do grab lunch and hang out over the phone we live very busy life styles also spending lots of time with my mother who I care for, and love  do so it she is a blessing. On a daily basis love thinking of new ideas on music and fashion.

Lisa: We don’t spend a lot of time together for fun when we are together we are working on music, dance moves, discussing ideas for videos or recording in the studio

What are some of the notable things MuzikBox has achieved in the music industry as a group and individually?

Well Muzik Box has been on lots of DANCE CHARTS,  also videos have been displayed on Abercrombie & Fitch stores, Cruises at many clubs around the world  on MTV, VH1, Now Next New We’ve also performed at the Winter Music Conference in Miami also Attend the ADE Music Conference  in Amsterdam was a big hit. Also we were nominated for a GRAMMY for a  a COMPLIATION CD called Mi Casa Latina for a song we did called CHANGE THE FINAL SHOW which was on a record label called Demillo Records which I’m still looking for the article LOL .

Do you guys believe in being traditional or innovative with sounds?

Are there any core beliefs that motivate Muzikbox to make their decisions?

So tell us about your latest project?

This latest project KARMA has been in our VAULT for a while it was we were just waiting for the right time to release this one . Its just sending out  a message to make sure to treat everyone with respect and dignity because if you don’t KARMA WILL GET YA!! AND WHAT GOES AROUND COMES AROUND!!

What type of projects you plan on releasing in the near future?

Has it been hard to acquire fans with the new industry model?

Actually no It’s been great so far I think we pick ED up more fans since the PANDAMIC I think people are on the internet more and discovering  new things. I do miss the DJS in the Clubs and can’t wait to interact with them again soon

Yes thanks you for all you do with keeping the word out about new artist and Muzik Box LOVES Y A!!!