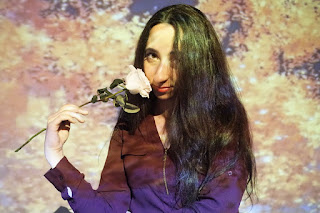 BASMA is a singer/songwriter based in Las Vegas NV.  She has primarily been known for her vocal covers of contemporary hits to her followers, but recently has put out her debut single entitled "Love Me Hate Me".  LMHM  is written about her experiences as young single 20 something and is extremely relatable to females of all ages all over the world.  The song was first started in production when she met producer USTULO while hanging out at his studio facility in January 2020.  After the pandemic hit in March 2020 and various other delays, the track was finished in late November with an companion music video edited completely by BASMA herself.

BASMA considers herself to be progressive and idea-oriented woman, and holds 2 Bachelors and 1 Masters degree from UNLV.  One of her primary goals is to start a foundation to help young adults in need of a support system within their community.  She was raised in a strict religious family and strives to maintain her roots in that respect while also working on her vision as singer and an artist.  She is currently working with USTULO on her next single, which will be released in early 2021.