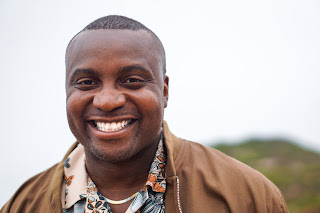 Steve, how was your upbringing in the city of Los Angeles?

I grew up in georgia but have spent a lot of time on the west coast.  My upbringing was pretty suburban.

What is it like to have Prince as one of the musical influences to you?

I didn't realize that he was a music influence until a later time.  It came out in some of my singing and music style, especially the falsetto.

So tell us about the "Miracle of Love" single and what is the inspiration of this track?

Miracle of love is about 2 things, one how love can heal things with people in general, its more universale, but more specifically at the beginning of the chorus, it talks about how someone bring out the best and the worst in you at the same time, and that a miracle ''from'' love is needed.

Give us some detail about the creative process of Steve Ryan? My creative process varies, sometimes i hear the music in my head first and then do lyrics, other times i come up with lyrics and then work on the music.  I tend to not force it, but somehow things tend to flow out on demand as needed.

How has Covid-19 affected your musical career lately?

It really hasn't impacted it much, I'm actually more busier now than I've been right before covid.  A lot of cowrites with other songwriters, also I've written about 20 new songs for some upcoming albums and have been working on my peace of mind and well being.

If it's anything else you can do in life, what would it be?

I can't imagine doing anything else, I really am happy with what I do in life now.

Even though we're talking about miracle, a new song I have is coming out on April 6 on the anniversary of my dad's death, it's called ''Proud of Me''.  It's been very emotional and difficult for me dealing with this and I put out that song as a way for the world to not forget him.  Everytime that song is heard, played and someone looks at the album cover, my dad will be remembered.  I will share a video link to it https://youtu.be/mWa_Vsfkmg4 and also a link for your readers to pre-save it.  That would be a great honor.  https://steveryan.ffm.to/yrpvq4o