RICE BRINGS THE JUICE TO FLYAH! 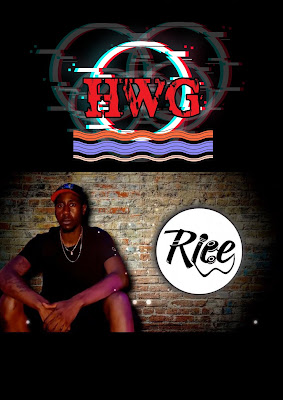 Rice, straight out of Webster Mass, is coming with the ultimate  Juice. It’s a song for all audiences with many references to the movies in which Tupac was the main character. “I have so much respect for Tupac because of his Passion for Life and his fight for family and community.” The rapper asks of his audience: When your integrity really comes into question what will you do to secure love respect and power? Is money really the answer?

This song shows Rice daring to be the star of his own movie – showing his unique style in the process. The beat is light yet impactful. The use of the horns really adds depth and dynamism to the song. Rice’s lyrics, though simple, make his point clear. His flow stays consistent, making moments of extra skill able to resonate more. This also allows the smoothness of the beat to breathe; existing on its own. The references to Tupac make for a fun listen as you try to see which of the rapper’s movies you remember. There are enough variations to the beat to keep listeners pulled in without being confusing.
More than just an artist and entertainer, Rice is also a philanthropist and activist in his community. He is a second-year graduate student of Nichols College Bison Class of 2019. While participating in organizing the BLM movement in the conservative town of Webster Mass, the rapper had the urge to send a message through his music. The effects of his life’s challenges, he tried to reflect in his work.