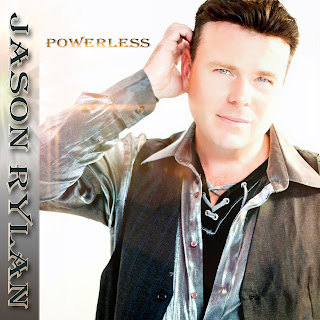 So Jason Rylan, how does it feel to be from the busy and exciting city of Las Vegas? Could you tell us a little more about your upbringing and how you moved from California?

I’ve lived in Vegas for many years.  The city is a pretty amazing place with a large concentration of live entertainment/shows, activities, tours, amazing nightlife, and tons of great restaurants.  I don’t think Vegas can truly be appreciated in just one visit.  The city can get pretty crazy tho.  I think I’ve seen it all.  Vegas took quite the hit with Covid and restrictions, but the city has been coming back to life with business capacities increased, shows reopening, and hopefully a rebound with tourists.

I moved around quite a bit growing up, mostly between California and Colorado.  My Dad had a family-owned business.  I moved with my parents shortly after I graduated High school.

I understand that you do EDM and Electronica; those genres are a little experimental. Could you tell us about your inspiration from?

Part of my life grew up in a heavy rock influenced household and another part of me grew up in the LGBTQ community filled with infectious dance music.  I had always been experimenting with writing songs and stories as a kid which kind of took on a Life of is own throughout the years.

We have knowledge that you learned to play the guitar and keyboard by ear; are there any other musicians in your family?  Is this a natural gift?

My Dad and five of my uncles all play guitar, keyboards, etc..  I wouldn’t say that I have a natural gift at all…lol!  Compared to many, I feel like I definitely struggle.  I consider myself more of a singer/songwriter or recording artist.  The first song I can remember picking out notes and playing was “When Love Comes Walking In” by Van Halen.

Can you tell us your experience at Southwest Missouri State University?

Wow, this seems like such a lifetime ago.  SMSU (now MSU) was a different world and a different time in life, for sure!  I remember it being really cold in the winter.  I think what I really liked about SMSU was communication, philosophy, film, music, and theater studies as well as interning with a couple of the local radio stations.

So Tell us, what was it like to work at several FM stations?  Would you say it's an advantage being able to see the game from different angles?

Working in radio was a blast!  I mainly interned with promotions and did some remotes.  There was an annual “typewriter” toss which became tossing old computers from a huge crane into a bullseye onto the pavement below.  I think we’ve all wanted to destroy a computer, dropping it from a couple of stories up.  I think the advantage with working in radio is you have a better understanding of the advertising world, on-air talent, and programming.

Give us a little info about your latest projects?

My latest single is called Powerless, which I wrote and produced about a year ago at the start of Covid.  The song is about refusing to feel powerless during these crazy times or with any major challenges in life.  One reviewer commented that the song captured the zeitgeist which I thought was pretty cool.   There is a fun remix that was produced by Billboard charting producers Dan Matthews and Sam Mathews (Klubjumpers).

Powerless is the second single that I released as part of a fourth full-length album.  The first single I released was “Strong” back in 2018 as a tribute to victims and first responders of the Route 91 Harvest Fest shooting here in Las Vegas.

How has Covid-19 affected your career lately?

My career has been on hold pretty much throughout Covid.  Music streams and downloads don’t really cut it and the industry relies heavily on ticketing/touring for revenue.  I’ve considered gravitating more towards live entertainment at some point as well.

If there anything else you would like to do in life?

Other than some bucket list travel spots, I think I’d like to just continue developing more music projects, maybe some additional video work, and live entertainment.

I think many of us have experienced a truly challenging year in addition to the plethora of daily struggles that many are faced with.  For anyone that would like to check out my latest song Powerless or a couple of the remixes, they’re available at www.jasonrylan.rocks/powerless, https://jasonrylan.bandcamp.com/, iTunesand all other major music distribution channels.