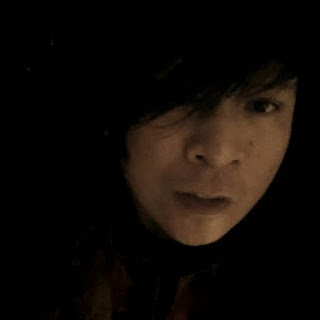 ⁸1. Rick Sazon I understand that you're from British Columbia, Can you tell me what's it like in your hometown?

Well, it's a nice place to visit...in the summer.

If that seems terse, it's only because I've been strongly advised by my lawyers not to mention the rampant chickenporn that goes on around here.
Wouldn't wanna ruin the family-friendly rep this ol' town has, now would I?
2.Would you say that Canada has a strong influence on your style of choice?
I wish I could say that 'cause it would warm the hearts of them regular, God-fearin' folk back home but I can't  because the bands that I like to think influenced me the most are british, but I do like the Band though, and weren't most of the members Canadian?
3. So what's your musical genre and are you active in the local scene?
Rock, for better or worse. I've been active in sending my songs out to independent radio stations for airplay and have had some success but no, I haven't been active in the local scene.  Even before this pandemic.
4.  So what's your musical genre and are you active in the local scene?
That would be the Beatles, the Stones, and the Who. And a bunch of assorted classic acts here and there.  Are PJ Harvey and Green Day considered classic rock? Either way, they're influences, I like to think.
Lyric-wise, there's Shakespeare,  Patricia  A. McKillip, and Tolkien, and George R.R. Martin.  If that sounds pretentious,  it's cause I am.
5. So tell us about your latest project
My latest project is actually doing this interview.
6. Do you currently have musicians that you work with on the regular?
Yes, that would be Chris King , one of the best guitarists in the region ( he plays lead guitar on most of my songs, most notably "WAR" and "Unconquered") and Zoe Pelton, a really talented singer - she sang lead on "Riddles" and "The Unmaiden's Dream ".
7. Besides music, what are some of your other hobbies?
Drawing chickenporn.
8. Do you plan on touring anytime soon?
No...unless hitting a karaoke bar next time I'm in Vancouver counts.
9. Any last remarks?
Final words? I haven't even begun to babble.
Link:
https://www.reverbnation.com/ricksazon