Chance the Rapper - Pulled Off DONDA? 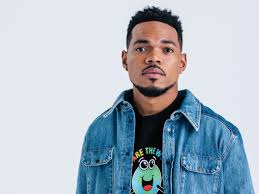 Chance the Rapper is from Chicago Illinois the same as Kanye West. Chance was in the XXL Freshman list back in 2014 and made his debut in mixtape format with Acid Rap and Coloring Book. Chance also had made sporadic appearances on SNL and other tv shows.
The rapper had an appearance on Kanye's newest album, DONDA; however he was pulled from a song at the last minute. Chance had a verse entitled Ultralight Beam. The controversy comes after Mike Dean was just announced to have exit from the project as well.
The rumors of the incident were going on as long as 3 weeks ago then made public and confirmed by Social Media that Chance was removed from the album. a back and forth between both Chicago rappers had been getting intense for months and now the fire had since led to the departure.
For more news, stay tuned to Flyah Magazine