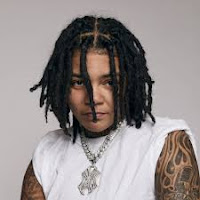 The Virginian turn New York rapper, Young M.A. had made an announcement that was a shocking to her core fan base and that announcement was that she was injecting herself into Rehabilitation. M.A. had just released her second album, Off tha Yak, in May of 2021. The newest single from the album is Henny'd Up.
After the announcement for Rehab,  a video adaptation for Henny'd Up was introduced. The video is a bikini party and M.A. is rapping around the women. The theme going around the entertainment world and real world is Mental Health. M.A. falls in this category as she is taking the proper steps to get herself checked out.
M.A. is still moving on the Billboard charts from her single of Ooouu which has transcended her to superstardom after accumulating sales of 3,000,000 digital sales.
For more news, stay tuned to Flyah Magazine