J.Rice is bringing the heat with three tracks 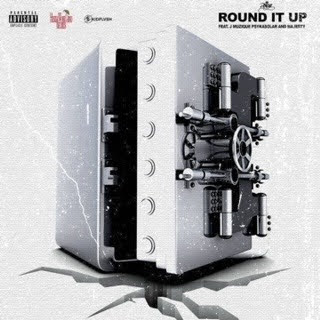 J.Rice is bringing the heat with three tracks that have powerful flows and just as powerful lyrics. With influences like Jay-Z andJ Cole to choose from, it’s no wonder his music resonates with so many. We also get to enjoy the skills of featured artists this time around, making these songs a gold mine for new artists to look forward to.

In the first song, Round It Up, Rice emphasised the desire to be successful. The beat makes it easy to get into the song and I appreciate that the featured artists have equal amounts of time. Speaking of which, Psykasolar(?) gives a tight rap that attacks the senses in quick succession, while Majesty(?) keeps it real with her simple but strong lyrics showing she can keep up with the boys. But Rice starts us off with a loose rap, grooving on the beat; bouncing with the rhythm. 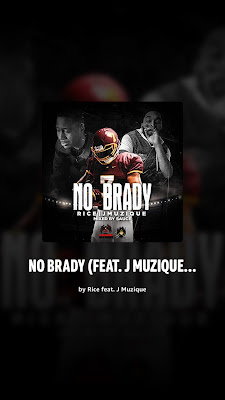 Some of that simplicity is continued into the next song.

No Brady also boasts a simple beat, that is easy to dance to. The song talks about what the rappers can offer and the kind of women they like. Despite coming in at two and a half minutes, the song doesn’t feel or fall short. While J Muzique is trying to find the right kind of girl for him, one to fit his needs, Rice can’t get away from the many women trying to take advantage of him. You could say that both are facing the same dilemma, but in either extreme. Now, on to the final song.

The shortest song of the three, Juice starts off quiet and builds as the song continues. Keeping in line with having no feature, the song is Rice daring to be the star of his own movie. The beat makes an impact by staying light which brings out the horns on this track. The lyrics are clear and to the point; his flow adding to the song’s consistency. But when there is use of extra skill, the moment is highlighted more. This song gets to breathe, the smooth rhythms make for a song you can’t stop listening to. An unexpected fun element occurs in the many Tupac movie references made. You can make a game of it and try to see how many you know.

If you still don’t know who J.Rice is more than just an artist and entertainer. He also goes by philanthropist and activist in his community. He is a second-year graduate student of Nichols College Bison Class of 2019. While participating in organizing the BLM movement in the conservative town of Webster Mass, the rapper had the urge to send a message through his music. The effects of his life’s challenges, he tried to reflect in his work.