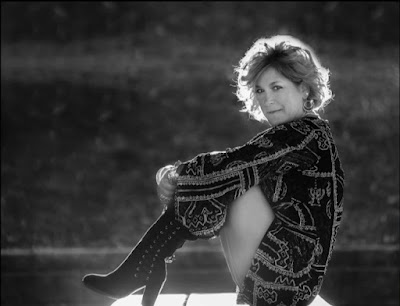 Nicki, can you explain what your upbringing was like in Raleigh?

I actually grew up in New Jersey and up-state New York, but have called the Raleigh-Durham area home for almost half my life. It’s actually the longest I’ve ever lived in one place. Growing up was complicated. There were some family challenges and being adopted, I never really felt I belonged.  I always had a strong sense that I was supposed to be somewhere else.  This was when I really started to get into music.  Music was a way for me to escape and it became the family that I always felt I should be a part of.

Why was it important to you that the season deserved a Christmas Song?

I’ve never been a fan of Christmas. My birthday is day after and it was always a reminder of a possible family that I didn’t know. It wasn’t until I had my own children that Christmas became an inspiration and a time of celebration rather than a hinderance.  This song is really a testament to what I now believe the Christmas season is all about.

What was the creative process like for this track?

The creative process around this song was actually pretty simple.  Once the idea to write a Christmas song was solidified, I sent my co-writing partner and producer, Kevin McNoldy some rough demos I penned and recorded at home.  We tend to work pretty quickly bouncing ideas and rough versions back and forth to each other. The song framework was pretty much completed within a couple of days and we recorded the song shortly thereafter.  The initial version was released in 2017, with a recut done in 2018 to accommodate for a lighter vocal that we thought the song could benefit from. This is the version that is available today.

Who are some of the notable people that helped you along the way?

My co-writer and producer Kevin McNoldy.  And of course my kids who taught me the true meaning of Christmas.

The industry doesn't have many blends of Kelly Clarkson and Mariah Carey, can you tell us where you get the inspiration from?

I draw inspiration from several artists.  I grew up listening to Madonna, Michael Jackson, Fleetwood Mac, and my idol Pat Benatar.  Music was raw and pure back then.  Auto tune did not exist. I also get a lot of inspiration from bands such as Linkin Park and 30 Seconds to Mars. Chester Bennington was a brilliant voice and songwriter, and Jared Leto’s compositions offer the listener the ability to interpret the song as they hear it.  Both unique talents and mesmerizing voices that hit the core of your soul.

If music was not your only venue of expression, what would you see yourself doing?

I’d probably be a chef. I have a food allergy so I’m always looking for recipes to try that accommodate my allergy needs, but that are also healthy and taste good. I love to bake!

Are there any artists in the future you find interesting to collaborate with?

30 Seconds to Mars of course!  I think it would be fun to also work with Pink and Kelly Clarkson.  They both seem like they are really down to earth. Doing something with Pat Benatar would be the ultimate collaboration bucket list item.

Are there any new projects you have in the works?

I’m actually working on a few things.  I have a couple of covers that I am working on along with an original rock anthem, as well as several compilations.  I’m also contemplating another personal EP or Album, in addition to putting together a female empowerment compilation album under my non-profit, Sisters In Music.

If you’re Interested in listening to some of my other music, please check out www.nickikris.com.  My non-profit organization is www.sistersinmusic.org and be sure to check out my podcast - Mixing It With Nicki Kris!