Push Me Review | Tarah Who? 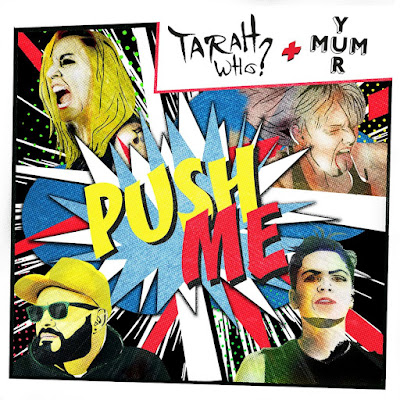 The first song of Tarah Who? that introduced me to them and made me their fan was Bad Time. I was impressed to see a talented female rock band, and I agreed with their stand about the music industry that’s ignoring and overlooking all-female rock bands. Released on December 17, ‘Push Me’ features Brazilian rock duo Yur Mum.Push Me is a totally mind-blowing song. If you remember the classic songs titled It’s My Life and Living On A Prayer by Bon Jovi, then this song Push Me is the 2021 equivalent of those songs. One for today’s generation. The only difference is that this song comes from an all-women band. This song talks about competition and opposition pushing an artist to the maximum limit so that her/his best can come out. This is right because the way this awesome rock band puts it in this song, the music industry executives may ignore women rock stars, but fans who buy music and listen to it yearn for real talent.Real talent cannot be ignored or suppressed for long. With inspiring lyrics and vocals laced with confidence meant to inspire young artists, instrumental music certainly excites rock music fans and convinces them that quality rock music exists in the modern era. This song can also motivate youngsters to give their best shot the industry has job/business in so that nothing would stand between them and success. Someday when people talk about the glory of Yur Mum, then everybody would talk about them being a part of a classic song, Push Me.No doubt that Push Me is the best song from Tarah Who? who are destined to make it on top in the rock charts, sooner or later. If you want a sneak peek of the next big thing in the scene of American rock music, Push Me is a song that needs to be in your Spotify Playlist, and if you are active on YouTube, you must follow the official YouTube channel of Tarah Who?

For more information on Tarah Who? and to listen to their music, visit their website, Soundcloud, and streaming platforms!

Link to the single: