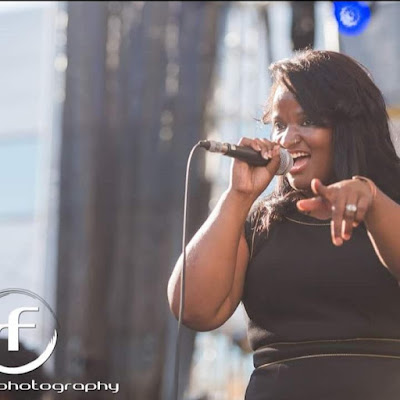 Could you tell us what it was like Growing up in Erie Penn?

I actually grew up in Spring Creek Pennsylvania and currently reside in Erie. I honestly felt Spring Creek was the best place to experience my beginnings at. It is very small and country but a pretty tight knit community. Everyone knows EVERYTHING about everybody which at times can be suffocating, but when it matters most the people there have each other's backs and will help out in anyway they can in times of need. There's alot of farm grounds out where I grew up, and though that may not seem fun or exciting to some something about that type of upbringing humbles you.

From my understanding, you have been active in music since age 5, where do you find the inspiration?

From a very young age I just always remember music being played around the house, on car rides, and when visiting my grandmother and grandfather's farm. I always loved it and just began singing and dancing along to the various types of music that were played. At about five I had my own record player and would dance and sing with my Dad to Chubby checker, Sam Cooke, bobby McFerrin and many more of the greats. I also enjoy listening to Tammy Wynette, Aretha Franklin, Shania Twain, Patsy Cline, Johnny Cash, Parker McCollum, Miranda Lambert, and so many more.

Do you come from a music family?

I wouldn't say entirely. My family enjoys listening to music but no one else in the family sang or played instruments. I myself didn't play any instruments until more recent years. I've taught myself how to play acoustic guitar (enough to follow the songs I write), know a little keyboard, and am now trying to learn the banjo.

Do you remember your first gig? Were you nervous? I had small singing solos when in my elementary and highschool choruses, but my first actual gig I would have to say would have been when I was 15. There was just a small band that I was a part of back home that would come together to put a set list of Christmas music together. We would practice for 2-3 months and then when we sounded performance ready would travel to all the nursing homes around the area and spread the Christmas cheer for those who couldn't be home with their loved ones. I was nervous (and still get nervous to this day everytime I perform), but once I saw how much joy it brought to the residents faces to see and hear us, it eased up my nerves.

Opening for Lil Scrappy is huge! What was that experience like?  Did you get a chance to talk to Lil Scrappy?

That was a great yet disappointing experience. I was at a local open mic night and after performing was approached by his agent. I was 17 then. Of course I jumped at the chance to open for him when presented the opportunity. There was a local college he was to perform at but on the day of the event him and his team switched venues. Because of the last minute change not as many people showed as they were expecting (naturally; they didn't get the memo). Due to this he was on stage no longer than 10 minutes. I would say myself and the other opening artist of the night were on stage longer than he was. Then he just left. I never got to speak to him and there was never an after party as promised on the tickets after the show. Of course I didn't have to pay being an opening act, but felt badly for those who paid for the tickets and needless to say didn't get their money's worth. My performance was great along with the other act. I truly had fun, but was just expecting more from him as a pretty big artist at that time.

Could you tell us about your latest single?

Rugged Cowboy is not the usual type of song I would do. But when I heard the beat of the song I thought I have just the lyrics for it! It was serendipity working at its finest because the beat had a voiceover previously recorded in it that spoke about being a rough around the edges type of character and basically how they had no time for anyone or anything. I had a different rendition of Rugged Cowboy already written, but knew it needed to go on that beat after hearing the theme of the voiceover. So after adjusting the lyrics a little bit, I got it so it fit perfectly with the already estranged, cold nature of the song. It is simply about the life of a cowboy and how they are their own keepers and answer to no one. Their freedom is always going to be leaving instead of loving. It also reminds one to not get too involved with them romantically, and if you do, be ready for heartbreak.

I feel when I'm creating how it comes about is never really typical. When that writer's spark hits it comes to be in many different formats. I've dreamt of some of the songs I've written and remembered every part and composed it after waking. I've drank a few and have spontaneously written, and I've heard lines or phrases that sound catchy or see expressions on people's faces and see a phrase in my mind that gives me inspiration to write.

What do you have plan for the near future?

I will be performing at a poetry event here in town, three months from now at a friend's wedding, and hopefully soon will produce to the best of my ability, my next single.

If you could do anything else what would it be?

Well since I'm a struggling artist and have to have steady income to pay the bills, I am currently a teacher's aide working alongside children on the autism spectrum.

I would love love love to meet and perform with Shania Twain! I love her music and love how she's always fought for her dreams even in the bleakest of times. She is true to who she is and gives no bones about what others have to say in regards to her being "country enough." She is beautiful, bold and just who she is and

I absolutely love and adore her for that.