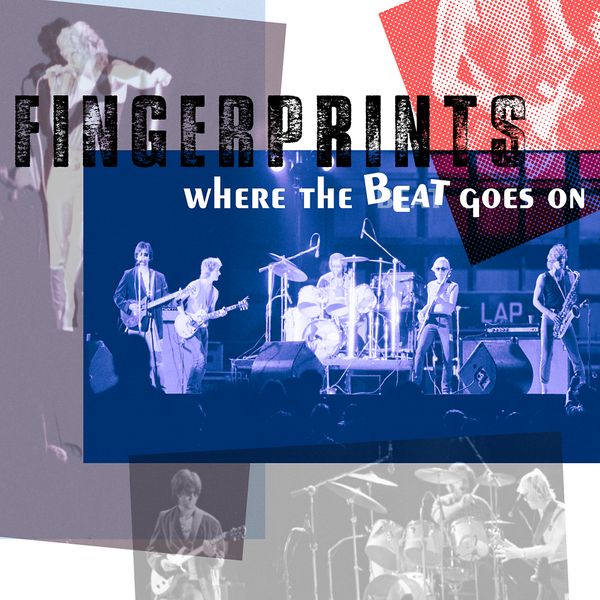 Fingerprints is a highly skilled and intense five-piece band formed in the mid-1970's. The original line-up included; Mark Throne on Vocals and Saxophone, Robb Henry and Michael Owens on Guitar and Vocals, Steve Fjelstad on Bass and Kevin Glynn on Drums and Percussion.  Jeff Waryan replaced Robb in 1979; becoming part of a band that bridged elements of basic Rock n Roll, Blues, Glam and Prog into one cohesive sound.

The band released a total of 11 tracks on Twin/Tone Records spread across an EP and two singles.  They created the two cuts on the 1979 compilation, Big Hits Of Mid-America Volume 3 that now resides in The Rock & Roll Hall Of Fame. They also nailed down a set of songs for their definitive Fingerprints LP, but the group disbanded before the album’s completion. Now, the twenty-four songs they were working on have been restored completed and mixed.

What felt like a behemoth of an album, was easy to digest with most of their songs under three minutes. You may be tempted to split the songs into multiple listening sessions however this will be difficult because when you think you can stop, you'll be greeted with a song that will have you glued to your seat. One of the notable tracks entitled “I’m Wasted On You” keeps the listener inspired like a college radio tune.  All the songs carry a classic Rock n Roll sound, but there are some songs that stand out with the use of other musical elements.

Now I Want to Be a Space Girl boasts some basic Rock n Roll qualities that are accented by Glam Rock elements. Of course, the lyrics pull from Science Fiction and that adds to the Glam aesthetic. You can even imagine the band wearing outrageous-looking costumes imitating the space girl image.

Uptown mostly feels like Progressive Rock with some creepy elements accentuated by the lyrics.

Down uses a guitar riff throughout the song that is reminiscent of something you’d hear in a Blues song and mesmerizes the listener with its catchy hook.

While it’s hard to pick a favorite from such a great collection, I can’t end without mentioning my favorite song from this album - Boogada Bigadus (Big Reggie’s Theme).  Realizing that my favorite song is also a theme song made me consider that I have a thing for TV show soundtracks. A really good theme song will always get people’s attention. I even hear it played in a Western anime during an action scene or just before the protagonist is making that all important speech. I find the whole album so easy to Jam out to, I think you will too.

If you’re interested in the band and want to find more info, check these links below.