Lost on The Metro Gets Down With Ramey Road 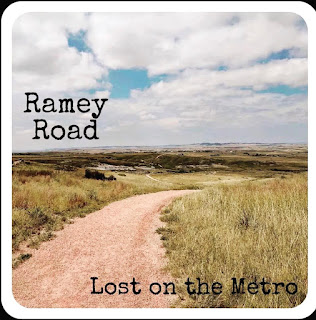 Lost on The Metro Gets Down With Ramey Road

Lost on The Metro has a new track out that was just released and it's got quite classic blues-rock style to it that shows the bands amazing presence on and off stage.
This single, Ramey Road, is a strong one indeed as a single but, you can also watch them perform the track and others live on stage via the bands YouTube page HERE.
Bio:
Lost on the Metro started in the basement of Jilly and David's house.  All three band members had grown up in musical families, but Jilly and David were married for 20 years before they realized by chance that they were pretty good at writing songs together.  They were both asked to participate in a teacher cover band, and their show went so well, they ended up booking gigs after that.  The lead singer of the teacher band suggested everyone write songs over the summer, and that pressure was just what David and Jilly needed to discover that they had this immense well of creativity that was just waiting to overflow into songs.
Facebook
Instagram
Spotify