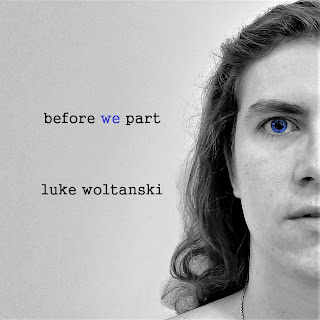 Luke Woltanski Releases Before We Part Album
A new record from Luke Woltanski just released includes 9 original songs put together by the songwriter and the direction is one that Luke is familiar with but hasn't dug too deep into, until now.
The record is called Before We Part and contains some real rock vibes and a little jazz mixed in to get a sound that gets your attention with the kind of hooks that have a way of coming back to you.
The album puts out some balanced and full bodied vocals and some tasty guitar work with added instruments during the play through that add some great layers to it all.
Luke had fun making this one and you will likely have fun getting into it.
"This was a special record being able to really get into the nitty-gritty of arrangement with another artist; Carson (Waites) has such an incredible ear for production. Carson and I took a hard look at making sure that we were only putting in the most necessary instrumentation while still being able to get a 'big sound.' Having more instruments gives more texture and body to a work, but it can also take away from the writing of the progressions and lyrics, so this recording tried to slim everything down a little. Of course, there are still some pretty dense songs, but that was because of a very conscious decision! Carson Waites actually engineered this record and to be honest, I quite liked not having to worry as much about mixing! This record was produced with more of a pop style in mind, instead of the more classic rock mixing that we had in our last release Dangerous Music Man. " - Luke Woltanski
Website
Spotify
Instagram
Facebook
YouTube