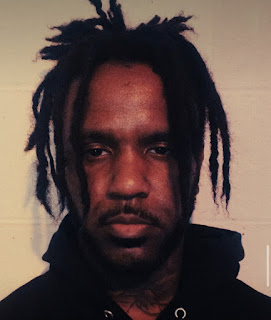 Could you tell us what it's like being ufrom Virginia; what part of Virginia did you grow up in?

Growing up in Virginia, it’s right in between the northern and the southern states so you get a mixture of both, even though it’s technically a part of the south. I grew up in a small city called Lynchburg. Everything you’d expect from a small area; not a lot going on, local based, everyone pretty much living their lives in a traditional sense. The closest major areas are DC, Raleigh and Charlotte so you’re likely to find some of those influences from those areas.

How has the reputation of being a Lo-Fi Chill Producer work for you?

I think that reputation has helped me reach a broader audience. Initially my focus was on selling beats. Like I was make trap records and such, trying to cater to what people were looking. Things didn’t pan out too well and I found myself questioning my purpose. Like “what am I doing? I’m just sitting at home, just making beats, why isn’t this working, what am I doing wrong?” Over time, I started following the whole lofi scene. Instrumental hip hop, beat culture, etc. and I’m looking like “These guys are at home making beats. But that’s their thing.” They’re dropping beat tapes, doing beat sets, using all these beat machines, the whole anime aesthetic…I felt like I found my purpose and my audience once i started just being instrumental-based.

Are there any other artists you like to work with?

Few artists actually. One in particular, kid name Willy Nova, I think he’s from Chicago, he’s a really dope artist. Listen to his stuff a lot. I actually sent him a beat and he did something with so we’ll put it out eventually. My guy Zavier Quinn. We’re actually planning to drop a collab project sometime in the future. But I’m honestly down to collab with anyone, beatmaker, rapper, singer, instrumentalist, etc. if we’re on the same vibes and energy.

With Lo-Fi, do you feel like there's room for growth?

Of course, I do believe there’s growth. I’m never one to believe that’s there’s a certain point where you stop learning and growing. Especially with music and an industry that is ever evolving.

There’s always something to learn and gain from it, which can result in various other aspects that can help the culture spread.

What was the creative process behind the single "Cruisin' 65"?

I sample 99% of the time and Cruisin 65 is one of the few beats I put out that I didn’t sample. So yea, that’s a special one. I made that one when I was mainly using Maschine. Found some cool sounds using Massive and Kontakt. Like the first part you hear on that beat, I wanted to just build off that waaahhh sound. It definitely had this cruising vibe so that where the name came from. Cruising around in a 65 impala type beat.

Besides music, What other things bring you inspiration?

Anything that brings peace inspires me. Nature, art, reading, deep thoughts and new perspectives, meditation, good health, traveling places…all positive vibes. If I can put a sound to it, I’m happy. I also like building LEGO’s lol random but therapeutic.

CHECK OUT HIS TRACK WATER LILY