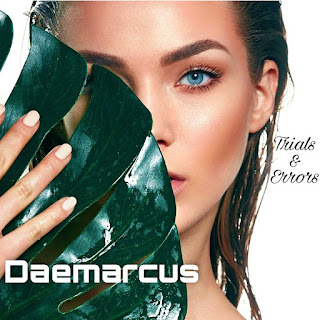 The new record from DaeMarcus has been making its way up the grapevine and we just got wind of it.
This is a record that goes in depth with words and packs a bit of a pop punch and have a strong base of acoustic guitar and keys.
It features 10 songs with all kinds of effects and storylines that come with them so you can connect the dots as the record plays.
It can best be described as edgy, poppy, and with some personal insight as well.
You can hear this full record on the DaeMarcus Spotify page or you can go to the DaeMarcus website itself but you will want to listen to the whole album this time.
Artist Bio: DaeMarcus is the brainchild of songwriter Adam Araujo. The songwriter's love for music began at the age of 5 when his brother showed him The Beatles "Penny Lane". It wasn't long after that Araujo began writing his own songs.

The artist began playing in bands and performed in his high school's Battle of the Bands show where Araujo was the lead singer. The band won the battle of the bands covering songs from Green Day and Rush alike.

It was that show that he realized he wanted music to be a bigger part of his life.

From there Araujo began recording his original songs and working on his technique as a songwriter and recording artist. Engineering his own material and honing his style and approach, the artist has been building his home studio and focusing on creating songs.

The Trials & Errors album is a testimony to where he is at with his music right now.

Trials & Errors is available on all digital streaming outlets now and DaeMarcus is always working on new material for upcoming releases.