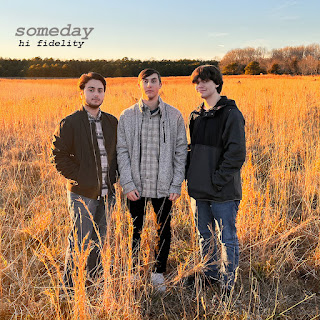 Hi Fidelity is a fairly newer band built of several members that all have their own set of influences and character to bring to the songs.
The band is relatively young (or at least it looks that way from the pictures) but the musicianship feels and sounds like nothing but mature and experienced.
"Someday" is the new song from these guys and it really has this sweet classic feel behind it that makes you kind of stop what you're doing to pay more attention to it.
These golden oldies vocal harmonies and tones seem so real and they manage to bring all of these elements into an almost indie-pop arena.
It's surely a very cool way to write a song and Hi Fidelity was able to make this as old school as it gets.
It's polished and clean, catchy and warm, and it makes you want to play it a few times before showing your mom how cool this band wrote a classic sounding song.
And she'll love it too. Guaranteed.
The band followed the format and came through with something special by adding their own flare in there.
A great new single from Hi Fidelity.
Website
Instagram
Spotify
TikTok