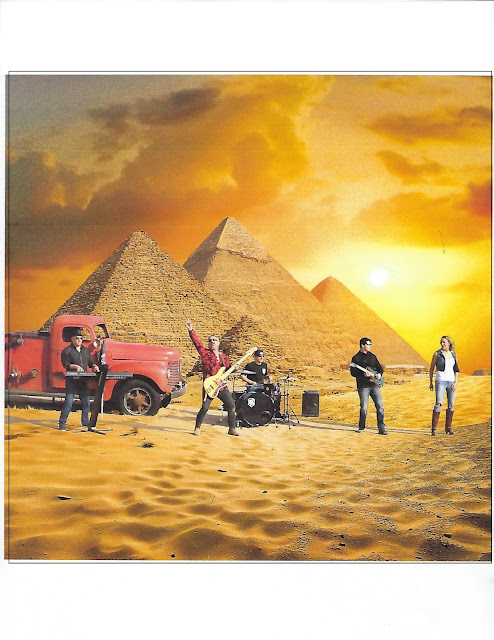 For the lovers of rock music, here is something refreshing. A rock band called One World Government is here to spread a message of positivity to the whole mankind, using music as a medium. If you believe in the existence of Unidentified Flying Objects (UFO) and paranormal entities, then this band deserves your attention. This pioneering rock band uses UFO andParanormal concepts as the themes of their music.

With Paul Barrett’s musical talent and lyrical genius, two musical masterpieces blew my mind to full extent. Heads Held High and Alien Highway are two songs that not only entertain the listener but also spread different messages of positivity among rock music fans. In both songs, James Linton’s gifted guitar work and incredible engineering skills have decorated and beautified these songs on the front of instrumental music.

The song Heads Held High sends a positive message to society. It says that when a person wishes to believe in something, then opening his mind leads him to imagine new possibilities that can make a positive contribution to his life and the society. This song also talks about the significance of meditation that calms a person's mind. Instead of being a preachy speaker, One World Government chose to record an awesome song and spread a spiritual message to society. This song is a “must listen” for youngsters who are drifting away from the spiritual side of life. The last monologue in this song tells the listener to enhance his/her compassion to form a friendly relation with his/her mind.

If you believe that aliens are real, then you are among the target audience of the Alien Highway song. One line in this song talks about the strange feeling that one gets by being away from home for a long time. The verse “You're long long way from home, And you feel so strange inside” says a lot in just two lines. By singing this verse, One World Government told the listener, the value of home and family, telling him/her to love his/her home and family. A person should consider himself/herself lucky if he/she has her own home or a family to come home to. A person abducted by aliens can certainly understand the significance of home when he/she sees that how far can he/she be taken away from his/her home/family. In the music video, many newspapers reports appear about alien abductions, published in reputed newspapers. So if you want to prove to others that aliens are real, sharing this music video is what you need to do. In the Man Of Steel movie released in 2013, General Zod of Krypton senthis message to the people of Earth saying, “You are not alone!”He meant that there was life on other planets. Similar to that scene, the last line “You‘re not alone” ends this song. This song is “must listen” for the people who believe in the existence of UFO and paranormal entities.