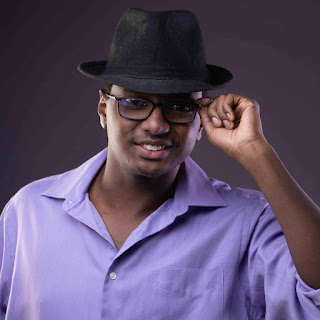 I’m from Toronto, Ontario, Canada and I’ve been doing music for 16 years. I started out joining the Toronto Children's Concert Choir and Performing Arts Company to improve my singing ability. I was part of the choir for 8 years and won many achievements including section leader of the tenor section, rising star, and overall vocalist.

After that, I decided since I like being on stage and I like to sing & dance, why not become an artist and performer?

The genres I make are R&B, Pop, Hip-Hop and/or a blend of the three.

I was inspired to become a songwriter by American artist Kevin Ross, after hearing his music in 2014.

I’ve been influenced by many artists. My top five are Michael Jackson, 2Pac, Chris Brown, John Legend and Ne-Yo.

My debut album was released May 14th, 2021 through my independent label, Croft Media Productions. It covers a wide variety of topics including party songs, love songs, personal & introspective music and inspirational songs. You could say the album is about my life and the different situations I went through.

Expect one more single from me this year. After that, I’ll have a compilation album which will be ready for the new year.

If you’re starting out, try your best to be yourself. It’s easy to copy someone else’s sound, but finding your sound is what gets you noticed.

I’ve got to meet and learn from artists like Lecrae, Jessie Reyez, Ro James, Devvon Terrell, and Kevin Ross. I’d say my biggest achievement was I got to be an opening performer for Curtis Young, the son of Dr. Dre.

I've also been acting around Canada for 12 years. If I’m not entertaining, you could find me playing either basketball or golf.