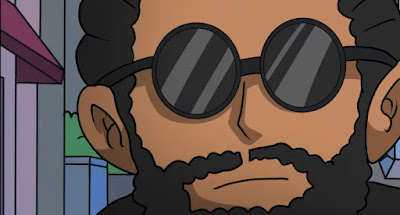 I am from Newark New Jersey, and I grew up in the tumultuous “Crack Era” of the 90s.

I make Hip Hop music that is influenced by all other Genres of music because this was the soundtrack playing in the back ground when I grew up. I wanted to be a person involved in making art since before I was in highschool. I would write rhymes and say then over and over again.

I love Rakim, KRS One, Big Daddy Kane, Kurtis Mayfeild, Prince, Michael Jackson, Nina Simone was one of a kind and unparalleled. Stevie Wonder as well. There are so many. Laughs.

I felt obligated to lend my voice to Women all over the world recently when Roe V Wade was overturned. I think this is just so important of an issue. We all have mothers, daughters, wives, ya know, so this set of music is impaired by that plight and all the “fights” that we are going through as we live through so much change and turmoil.

I am most proud of For Us Gum. When me did that one, Ahmaud was recently savagely murdered and we didn’t know what would come of it. A year later those responsible had been tried and convicted. We are most proud of the Briana Song , when I made this one they cry to stand up and to lend our voices to Brianna Taylor was fresh, now just yesterday , it was announced that officers involved were indicted. That was a long battle. So as we release Roe V Wade we are continuing and creating a legacy of talking and speaking up Real Time towards the social issues that are effecting us right now.

I would say dive in . Hahah. Laughs. Dive in there is a lot there. There is love, there’s loss. There are social commentary. And some is just plain im the illest and im the best at what i do. So I would say just jump in.

I have signed deals. I have participated in important movements. We have empowered others to learn and participate in art. I am illbadaa but we are Come Create “with” IllBadaa because we invite the listener to actual participate. Drop a verse. Whether thats with me or in the mirror. Come Create.

I am also a radio host of IN SEARCH OF GOD, the first interfaith conversation on GOD. I have a cookie brand GOD is Greater Cookies. I am a producer, a father, and a husband.

Are we you currently on tour or planning to be?

I Not for the time being , just creating but stay tuned

Let’s support womens rights today. Follow me on all my platforms: https://linktr.ee/illbadaa