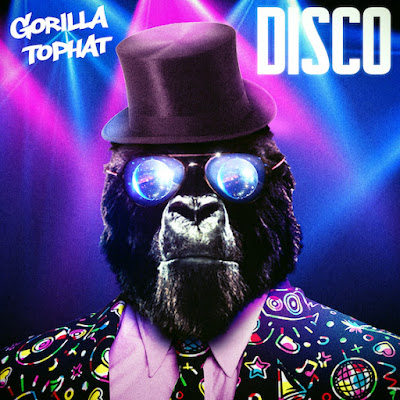 Emerging from Canada, Gorilla Tophat is one of those unique bands from North America whose music provides education and entertainment at the same time. They specialize in creating music through the fusion of Rock, Reggae and Pop. Although Bassist Alex Deuzeman is no longer a part of this band, Jon TheFawnDoe, a bassist from Ottawa has joined the multiple-award nominated band, keeping their ability to make quality music intact.

After making an impact at Burlington Music Festival, Gorilla Tophat is back with an awesome song titled “Disco”. I loved this song!  A miraculous combination of education and entertainment, Disco provides knowledge through its music video and enjoyment through its instrumental beats. Modern Disco and Funk music are fusing together to produce the fabulous track.

The beats in the beginning of this song remind us of Disco music of the 80s, where people had a good time at discotheques on Friday nights, with no intention of going to their office the next day. This song takes us on a thrilling time machine ride to the golden years. The animated characters, especially the gorilla, adds that kind of visual appeal. This is definitely a video that children will enjoy. This song talks about people being passionate about dancing in discotheques with the verse being about your “body wanting more”.

The story told in the music video draws the viewer's attention towards the problem of deforestation with men from cities coming to forest, cutting trees in the natural habitat of a family of gorillas. The baby gorilla goes to the city to see the world of humans. He sees a nightclub where his dance moves impress everyone. The story shows that humans who live in the city are the dangerous creatures who destroy the forests, but when creatures of forests go to the cities, they do not endanger the homes and lives of humans living in the cities.

If the modern disco music does not satisfy you and you miss the disco era of 1980s, then you must listen to the new song “Disco”, which is a treat for every disco lover in the world.  Gorilla Tophat has shown that they understand your taste very well. So do not wait for anything. Just go to YouTube and watch this song. I am sure that this should be in the playlist of every disco music lover.  This song is going to stay for a long time.