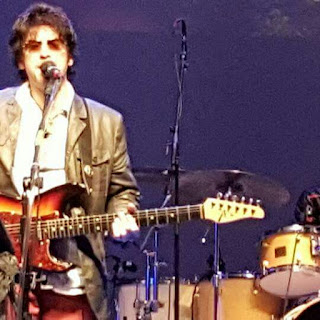 Papa Satch (The Band) is a Long Island, New York Based band in the style of such bands as Tom Petty, Bruce Springsteen, Wilco and Neil Young. The Band consists Of Bob Sachnoff( Papa Satch; Lead and Backup vocals) Steve Ronsen( Guitar, Bass Drums Lead and backup Vocals and Keyboards) , and John Zych on Keyboards. Bob writes the music and Lyrics for the songs with the help of Steve Ronsen, Arden Fekett, Clarke Ganshaw and John Hesterberg to write and Co-Write the lyrics. Bob started his musical adventure as as A member of such Bands as Black Horizon, OOlOO, Blank Stare and Mercy Hit. He was an integral member of the seminal Band ' Spoof' .He Wrote on Played on and Produced the critically acclaimed Album ' Actress, Doggin It' Album. Steve is a award winning music director who has played with the likes of Eddie Money and Charlie Daniels as well as his own bands such as Quickdraw and The Fast Lane and is Presently playing many solo performances Across the Northeast. He wrote played on and Produced his solo Cd 'Everything' which gained him critical acclaim. He has also produced and engineered many albums for different bands in the Long Island, New York area .John is Playing Keyboards in several different Projects Around The country as a studio musician and is a prolific songwriter in his own right. With the help of the very talented lyricists, Clarke Ganshaw, Arden Fekett and John Hesterberg , Papa Satch has created a sound all their own.