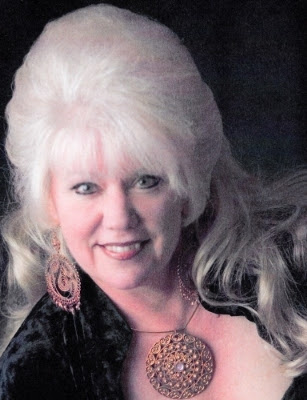 Las Vegas-based jazz vocalist Kris Russell (http://krisrusselljazz.com/contact/) has launched her debut CD, "I Concentrate on You," which follows the much-heralded release of her digital single, "I Concentrate on You." Russell's new CD is available on iTunes, Spotify, Amazon, Google Play and CD Baby.
Russell hails from a family of jazz musicians. Her father, Jerry Murphy, was a renowned and gifted jazz pianist; her mother, Cheri, was an equally gifted jazz vocalist. Together, they founded the Jerry Murphy Jazz Quartet, which performed as the premier jazz group inSacramento and Northern California for 40-plus years.
Having been exposed to jazz music since childhood, Russell began developing her own distinctive style in her teens after listening to all the greatest jazz singers, including Anita O'Day, June Christy, Julie London, Peggy Lee, Rosemary Clooney and Ella Fitzgerald. She was also strongly influenced by the sounds of Bossa Nova, such as Marcos K. Valle, Astrud Gilberto, Ellis Regina, Lenny Andrade and the legendary Antonio Carlos Jobim, to name a few. Russell learned to appreciate and sing the Great American Songbook, Bossa Nova, Samba and the great jazz standards. Early in her training as a vocalist, she was heavily influenced by music composed by Cole Porter, which is why she chose Porter's "I Concentrate On You" as her first single, which was digitally released November 23, 2015. Russell is excited to build on that momentum with today's launch of her debut physical CD, "I Concentrate on You."
Backed by a full symphony and Richard Rome's lush and beautiful arrangement, Russell vocally expresses her pure, natural voice in her version of this beloved, classic jazz standard. Her aspiration with this song is to be a first-rate version of herself and express herself as an original, but also to blend the early, powerful influences of other great jazz vocalists into her own unique style of singing. Russell says that her singing career has been a labor of love, and the ability to produce and release her own CD represents a great gift. She is looking forward to producing and releasing another new jazz single sometime in 2016.
On December 21, Russell was a guest host on the KUNV 91.5 FM Las Vegas Jazz Traditions with the Jazz Masters Program with PiAnge Jackson, where her new CD earned some airtime. She hopes to be returning to KUNV 91.5 soon. On February 20 from 4:30 to 5 pm, Russell will be a featured guest host of the "Experts in Networking" program on KDWN 720 AM radio. Las Vegas Social Register founder Claire Zeto will interview Russell regarding her latest CD release and networking expertise. Russell continues to work on some new upcoming jazz performances, along with other guest radio spots in the near future.