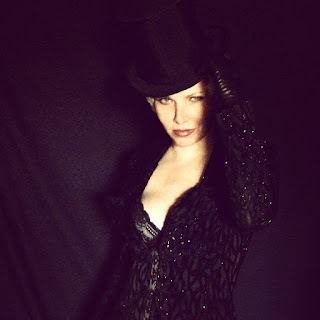 Anna Varga is a reincarnation of Old Hollywood. Her soulful jazz singing and excellent accompanists will add elegance and style to your special event.
Anna started singing as a child in a Baptist church in St. Louis, competing with other children for candy. She was hired to perform singing telegrams and to perform on a showboat on the Mississippi riverfront as a teen. She moved to Chicago to study at the Bloom School of Jazz and performed at the famed Checkerboard Lounge on Chicago's South Side "The birthplace of Chicago Blues". She was then accepted to the Royal Academy of Dramatic Art in London where she studied Shakespeare and performed as a theatre actress. Upon return to the States, Anna settled in New York. One night she got up and sang at The Lenox Lounge in Harlem on a dare. Soon she found herself being invited to sit in with various Jazz players around the city. On the scene she met the Alex Levin Trio and recorded "Love For Sale' circa 2011. The quartet has expanded into a sextet and is currently working on a Bossa Nova album.