Sarantos - Above the Clouds 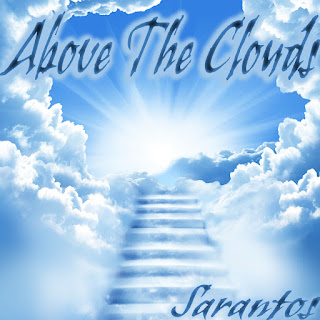 Sarantos Releases His Best Rated Song Ever Just In Time For The Summer - "Above The Clouds"
To be human is to endure pain. Being sad is a natural part of life. Sarantos has been through many ups and downs in life, just like anyone else but is generally an upbeat and positive person. However, like most, Sarantos has a few secrets. With this song, Sarantos reveals one of his secrets - he loves to look up at the clouds. Ever since learning in grammar school that Alexander the Great always looked up at the clouds, the clouds have always been a source of allure, interest and fascination. They both calm and inspire Sarantos.
Sarantos urges fans to help him achieve a singular goal in 2017 and that is to get this song to the Top 25 on the DRT charts in the United States. Industry insiders have been anticipating the release and have uniformly touted this song as the “best he’s ever done!” Audiokite reviews by real fans which are used by both indie and pro musicians rated Above The Clouds in the 98th percentile.
"This peaceful pop song is about my enchantment with clouds," says Sarantos. "I'm always staring up at the clouds. From my childhood days, I’ve been told repeatedly that my head’s up in clouds so of course, I just had to write a song about what I think lives up there. It's almost like meditation for me and no matter how bad a day I'm having, the clouds simply soothe my soul. When I was inspired to write this song, I also realized that no matter what dreadful scenario I’m in or how bad the Chicago weather is, it's always sunny above the clouds!"
Sarantos and fans chose this charity for this song - The American Cancer Society. They work relentlessly to save lives and create a world with less cancer and more birthdays. Together with millions of supporters worldwide, they help people stay well, help people get well, find cures, and fight back against cancer.
Sarantos' unique sound has been best described by industry insiders as an "emotionally powerful vocal style masterfully united with music that is a fusion of classic '80s rock blended with modern soft rock and pop music."
Since 2014, Sarantos has won over 38 awards with Akademia LA Music and Beat 100, while also being nominated for the International Music & Entertainment Awards and the Hollywood Songwriting Awards. Even without ever using a professional music studio, label, ad agency or radio promoters, “Dreamer” & “What If I Never See You Again” have spent many months in the top 200 on the majors list in the US for radio airplay according to the Digital Radio Tracker Top 200 charts. On the independent charts, Sarantos has hit the top 10 twice.
*Because Sarantos wants music shared throughout the world, fans can always find downloadable songs, lyric sheets, videos and books on the website. Fans can sign up for the email list to get the inside scoop first and exclusive content available nowhere else.
http://www.melogia.com
Facebook: http://www.facebook.com/Sarantosmelogia