Believe it or not, it was over two years ago that Doomsday Clock #1 went on sale, and the final issue of Geoff Johns and Gary Frank's long-delayed series finally arrived online and in stores today.
It certainly delivers a satisfying conclusion to the DC Universe/Watchmen crossover and while it arguably isn't quite up there with HBO's Watchmen, it certainly wasn't a bad sequel to the original tale. However, the highlight was without a doubt all the major reveals this issue treated us to.
From the promise of a Marvel crossover to a brand new era for the DC Universe and shocking returns and revelations about what comes next, Doomsday Clock #12 delivers plenty of surprises.
So, to check out this recap of the issue, all you need to do is hit the "View List" button! 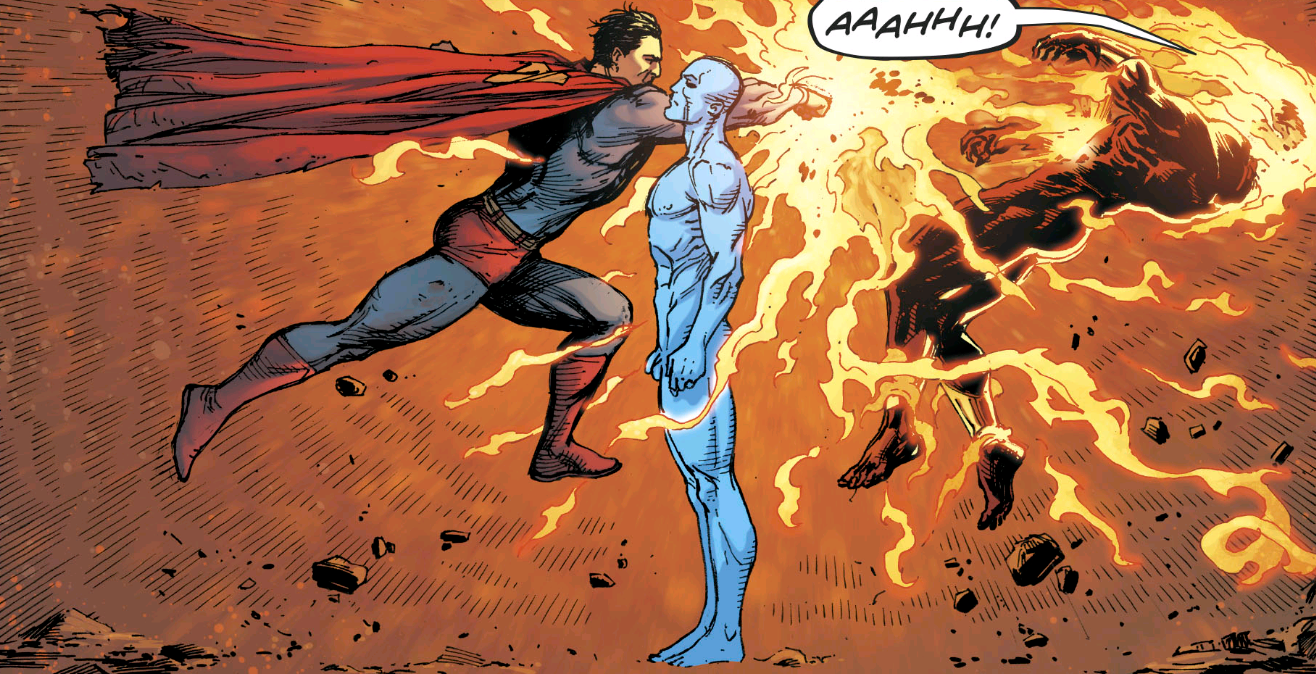 As Superman is attacked by the world's international heroes, Dr. Manhattan watches on and counts down the minutes until eit her he comes to an end or he ends everything. However, that fateful punch he's seen the Man of Steel deliver wasn't actually aimed at him. Instead, Superman does the right thing and protects the mysterious being, because he's, well, Superman.
This inspires Dr. Manhattan, and he uses his powers to end the fight and undo some of the changes he's made to the DC Universe since arriving. It's then the big reveals start to come..